Texas has seen its fair share of flood disasters over the last 5 years. Hurricane Harvey in 2017 devastated the city of Houston flooding many commercial properties that were told they were not in a flood zone. Then there was tropical storm Imelda in 2019 that brought almost just as much rain fall as Harvey. Commercial properties even flooded during Imelda that didn't flood during Harvey. 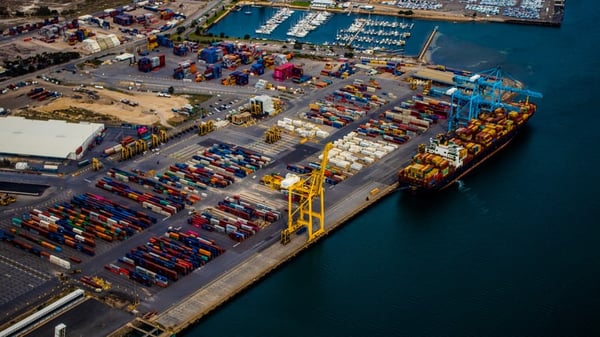 While these two disasters could be considered two of the top flood disasters in the last 25 years is this enough reason for commercial flood insurance companies to take a one way ticket out of town?

Since Harvey private flood insurance companies have really been limiting their exposure in areas like Houston and Galveston Texas. However now we are starting to see this limitation across the state of Texas. Other flood disasters like the flooding in Oklahoma and Nebraska have put even more pressure on them as they try to manage the commercial flood risk properly.

For this reason you will not see NFIP pulling out of areas after a flood or limiting policies. The NFIP was designed to provide flood insurance to property owners as long as the community participates in the NFIP.

So what about those communities in Texas that do not participate?

What flood insurance options are available for them?

These particular communities only have access to private flood insurance so when these options start to become limited it can have a major impact on these non participating communities and businesses.

So what else could be scaring away commercial private flood insurance companies in Texas? Well there are two things we want to discuss

Let's look at flood maps first, flood maps being updated is no short process. A flood insurance study report has to be done which can take several years to complete and then FEMA and local communities have to agree on the new maps. This is one of the major issues that occurred in Houston and Harris county Texas. When hurricane Harvey hit new flood maps had not been agreed upon and many areas that were showing low risk should have been high risk.

As a result 85% of the properties that flooded during hurricane Harvey did not have flood insurance. One reason was the misbelief that they were in a low risk flood zone where it really should have been a special flood hazard area where flood insurance is required.

Another area that was the victim of flood maps was Baton Rogue Louisiana during there famous flood in 2016. Right before this flood many areas had been moved to low risk flood zones and the mandatory requirement for flood insurance had been removed.

As a result many property owners did not have flood insurance as they had just cancelled it.

These are only two scenarios but there are many more we can look at where flood maps are creating false security. You see the water is not going to knock on your door and ask to come in.

So what else might be running commercial flood insurance companies out of town?

Well its two words that no body wants to discuss which is climate change.

We aren't necessarily talking about global warming but instead how patterns can change for certain areas. Looking at Harvey and Imelda you can clearly see that these two storms dumped more rain than most hurricanes. According to Live Science Imelda was one of the wettest storms in U.S. history.

However let's look at some other areas of the country to get a true comparison. The Nebraska, Iowa, and Oklahoma flooding saw one storm after another early in 2019 causing wide spread flooding for several months.

North Alabama saw the same thing happen in 2019 when power companies could not handle the amount of water coming through their managed water sources causing flooding in low risk areas like Florence Alabama.

In 2020 we are starting to see the same thing occur in North Alabama again as they are expected to get hit with a rainstorm that will drop more than 3 inches of rain for the third time in 3 weeks.

It's important to understand that currently climate change is not factor in flood insurance rates. Its something that is being reviewed for NFIP Risk Rating 2.0 in 2021, but there are no guarantees it will be implemented.

So then what happens when you have inaccurate flood maps and climate change that you can not necessarily forecast. You have an unpredictable flood risk model that makes it very difficult for companies to manage risk properly.

As a result you have companies moving out of those areas or best case scenario limiting the amount of business they do in these areas.

Generally the first thing they start to do is limit areas within 5 miles of the coast and then coverage amounts. This can make commercial flood insurance very difficult to find as most banks require $500,000 on each special flood hazard area property.

Now as mapping improves, technology improves, and climate change forecasting improves you may start to see more private flood insurance options available in areas like Houston Texas. However for the time being expect to see options become more limited until these things happen. Some important things to look at in these areas are mitigation efforts you done to the property to help minimize the risk.

Maybe you have put flood vents on your property, maybe you have dry proofed the property, or even raised the building. These are all factors that could give you more flood insurance options.

So if you want to know what your flood insurance options are in Texas or how your mitigation efforts might impact your flood insurance options then make sure to visit our website. You can also check out our YouTube channel or Facebook page where we do daily flood education videos. You can also tune into our daily flood podcast.