The Federal Emergency Management Agency (FEMA) is rolling out changes when it comes to flood insurance rates across all states in the country. Today, we will unpack these changes coming to Arizona and how they can impact your flood insurance in the future. 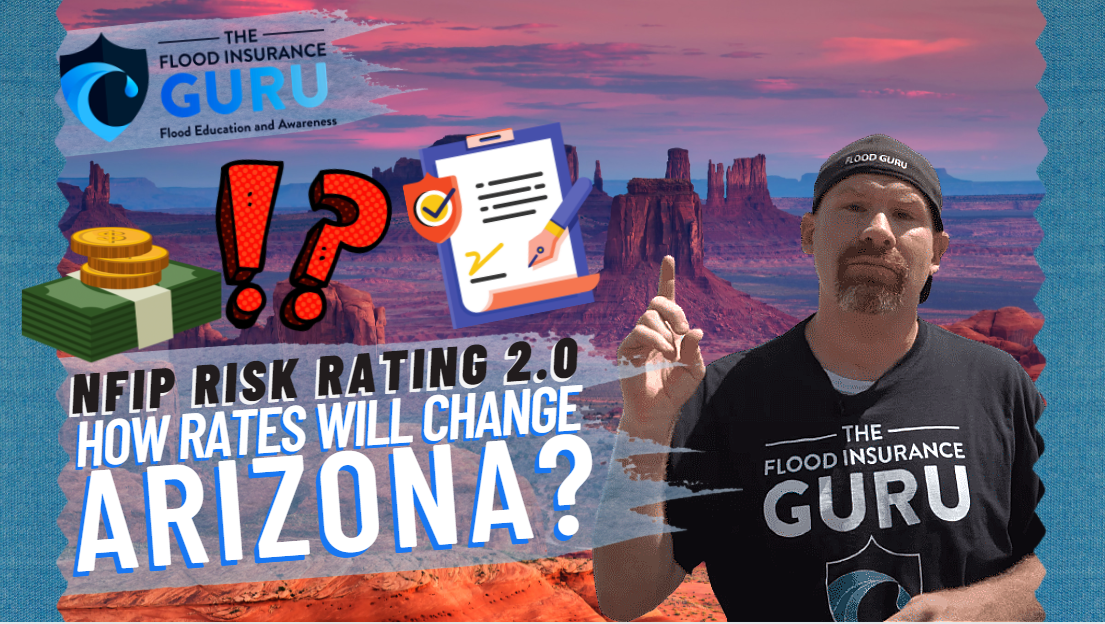 When it comes to flooding, Arizona had experienced a trend of monsoon flooding and flash floodings throughout the years. One of the reasons why the state has become prone to flash floods is because it's in a Flood Zone AO. Generally, this zone is considered under the special flood hazard area (SFHA) or high-risk flood zone since the flood frequency is significantly more compared to other zones. Mostly this is due to the flood is coming from the water that's from the higher areas flowing into these zones which impacts the amount of flood you might get especially when we're going to talk about heavy rainfall.

This upcoming Risk Rating 2.0 is an update for FEMA's National Flood Insurance Program (NFIP) will change rates across each state in the country. We'll look at the good, the bad, and the ugly changes that this update will bring to flood insurance.

The NFIP Risk Rating 2.0 will kick in on October 1st this year.

When it comes to the rate changes happening across Arizona, you're going to see these colors in ranges which are the green, blue, pink and grey ranges. Now, each of these colors represents the good, the bad, and the ugly changes coming to the flood insurance premiums in Arizona.

For Arizona, we want every local to pay close attention to this update since a large portion of the state is going to experience an increase in rates come October this year.

Let's talk about that green range that you see in this Risk Rating 2.0 report. We call this a good change because we're talking about an immediate decrease of more than $100 per month ($1200 per year). This decrease is something that 25% or 7,312 policies in Arizona.

We call the immediate decrease good for the property owners especially in flood-prone areas where generally the average premium will be at least 20% higher than other areas.

Considering that most of Arizona is mapped in a high-risk area, federal flood insurance might not be very easy to pay for which where this decrease can really give hope to more people or at least the 7,000 people in the state. 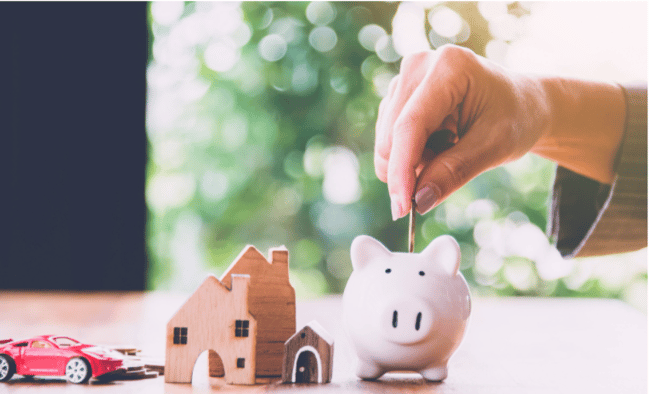 On the other hand, we want to look into the light blue range which is the bad change. This is what we call a bad change because this range talks about the policies which get an increase of up to $10 maximum per month (up to $120 per year increase).

It's important to note that 68% of the policies in Arizona will experience this rate change. This is significant because we're talking about 19,957 policies that will get that increase on top of their base premium rates with their FEMA policy.

Lastly, we want to talk about that dark blue to grey range that you'll see in this Risk Rating 2.0 report. This is an ugly change because this will cause FEMA policyholders in Arizona to get a $10 to $20 rate increase per month for the dark blue range and over $20 per month for that grey range. Let's break this down a bit.

On the other hand, there's that grey range which will get you an increase of more than $20 per month or more than $240 per year. The grey range is composed of that 2% or about 598 policies from FEMA. This means that you're going to start paying for more than $940 starting October this year.

You can see a full graph of these changes with NFIP 2.0 right here: 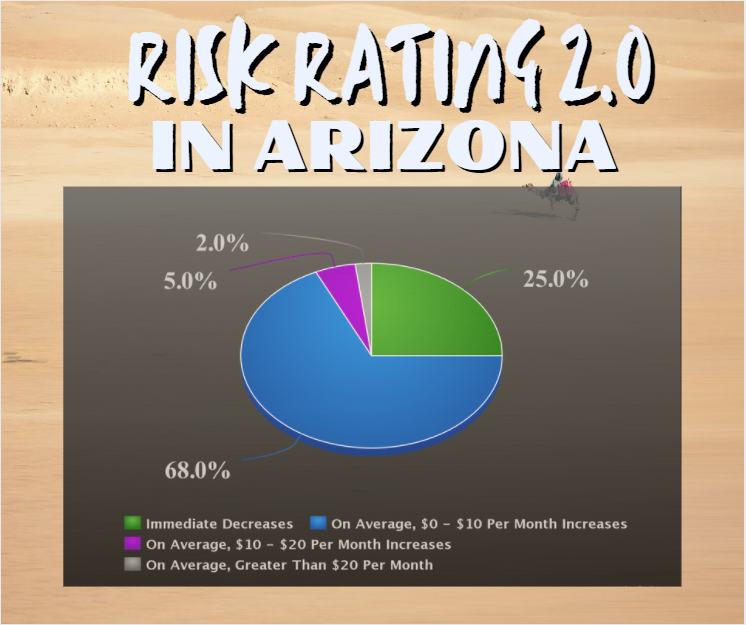 If you have questions on these upcoming changes, what are your flood insurance options in Arizona, or anything about flood, reach out to us through the links below. You can also watch this on our YouTube channel.