I just got back from my first camping trip with my family. We recently decided to get a camper to make as many memories with our 4 year old daughter Lydia as possible.

I travel the country shooting our flood education videos and this was a way for them to come along.

My dad was an eagle scout but I only had the opportunity to go camping as a boy scout once when I was a child. I found it funny as a kid my dad was the only one wearing khakis and a dress shirt on the camping trip. Boy was he along way removed from his eagle scout days.

Being a physicist he didn't do much with the outdoors as an adult. By the time I came along my grandparents were older and I didn't get the same experiences with the outdoors like my brothers did. I remember as kids they would go off to camp for a week. I looked forward to that but when it was my turn the camp had closed.

So as you can imagine this camping trip was filled with lots of learning experiences for me and my wife. If it wasn't for my experienced brother in law Jason it probably would have been an epic failure. 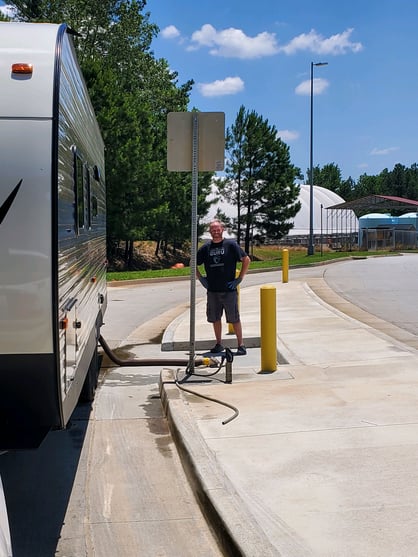 It was even my first time using a bath house.

My wife said do you have shower shoes?

I said what are shower shoes?

She said you can't walk in the bath house bare footed. Many times we don't know the answer to the question until it's time for the question. As you can imagine I had lots of questions when it came to camping.

Like many people who have a question I went to Youtube to get my camping questions answered.

So today's question has probably been asked 100 times to me over the years.

You can buy flood insurance during any season. You might be limited to what options are available. Let's look at the National Flood Insurance Program first. The National Flood Insurance Program generally does not limit you to when you can buy flood insurance. They do put a 30 day wait period on a policy being effective unless it is for a map change or loan closing.

You can still buy private flood insurance during hurricane season, but they may have more limitations. Private flood insurance carriers will put moratoriums in place many times when there is a named storm in the Gulf or Atlantic ocean. Generally they will remove this moratorium once the storm has passed and any flooding has stopped.

It's important to remember that like the National Flood Insurance Program private flood also has a wait period. This wait period generally ranged from 5 to 15 days unless its for a loan closing.

Even though you may have a loan closing a moratorium could still stop you from getting flood insurance in place.

So its important that you understand what options are available, what the wait periods are, and that you can get flood insurance during hurricane season.

So if you have questions about getting flood insurance during hurricane season then make sure to visit our website. You can also check out our YouTube channel or Facebook page where we do daily flood education videos.

Lake Flooding and Coastal Flooding on the Great Lakes: Say What!

When you think of coastal flooding what comes to mind?

You are probably thinking about a million dollar beach house right on the water some where in Florida being washed away.

This is the picture that the media has painted for most flood disasters. So its no surprise that when you mention coastal flooding and lake flooding on the great lakes together people look at you like you are crazy.

One explanation for these is everybody associates coastal flooding with oceans and beaches. It brings up the decades long debate on do places like the great lakes really have beaches or a coastline? 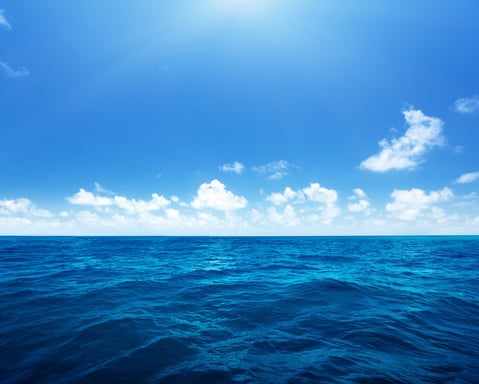 Lets look at what a coastline and a beach are defined as, first off according to Webster dictionary a coastline is a line that forms the boundary between the land and the ocean or a lake.

According to Websters dictionary a beach is a shore of a body of water covered by sand. 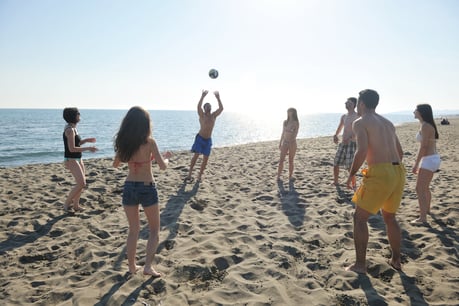 Now that we understand what a coastline and a beach are it should settle the great debate if the great lakes have a coastline or beach.

So lets take a look at what is changing the landscape of the great lakes and possibly setting up the greatest coastal flooding disaster in 2020.

The great lakes area as well as the rest of the United States had one of the wettest years on record in 2019. Flooding occurred in areas that had not this type of flooding in decades.

You had areas like Nebraska city that were flooded as a result of spring storms and snowmelt.

The state of Iowa had more than $2 billion in flood damage in 2019 and the city of Tulsa was shut down for weeks with flooding on the Arkansas river.

So what about the great lakes area how was it impacted by all this rain fall?

Well there are areas like Marquette, Houghton Lake, and Muskegon that were more than 6 inches above their normal rainfall average. This excessive rainfall continued all the way until the end of the year putting areas like Lake Michigan more than 6 feet higher than its normal average.

The problem is with this amount of rainfall is the water in the ground has nowhere to go and the streams and rivers that it normally runs off to are still full.

An already wet January in areas like eastern Michigan and the city of Chicago have shown us the potential disaster that is setting up for 2020.

On Jan 11 2020 Chicago saw waves more than 20 feet high flooding areas like Southern Shores and Rogers Park. Streets crumbled from the pressure of the flood water, cars were washed away and water started to enter homes.

The potential flooding disaster for the great lakes area is setting up for something similar that we saw on the Missouri and Mississippi rivers in 2019.

These areas had a very wet 2019 it was one storm after another combined with record snow pack areas. You had areas like Missouri, Iowa, Nebraska, and Minnesota that seemed to have flood warnings for 6 months.

Something else that started to occur in 2019 in some of these great lakes area was coastal erosion. Much of these areas use sand dunes to protect against coastal flooding and with this erosion that protection is gone.

As 2020 gets wetter and wetter areas along the great lakes like Milwaukee, Chicago, Detroit, and Cleveland have a greater risk for this coastal and lake flooding.

So what can be done to help prevent or at least minimize this flooding?

Well keeping things like your gutters cleaned out and making sure run off spouts go away from the property are just a few tips. 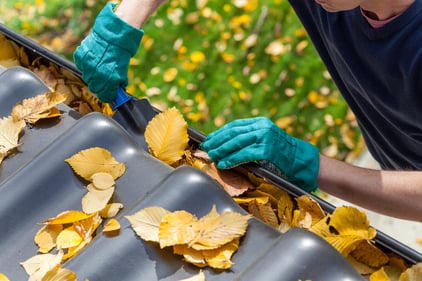 If you have flood insurance check your policy for loss avoidance. Loss avoidance will reimburse up to a $1000 for preventative measures like filling sand bags and moving property to higher ground.

The outdated flood mapping process has given many people sense of false security. Just ask the 80% of flood victims in Houston during Hurricane Harvey that were told they did not need flood insurance or the many people along the Arkansas river that lost everything in 2019.

Many of these people were also told that flood insurance was not available. If you live in the great lakes area its important to understand that as long as your community participates in the National Flood Insurance Program then flood insurance is available for you.

So what if your community does not participate?

There is the National Flood Insurance Program and then there is the private flood insurance market.

So who qualifies for what?

So do you qualify for private flood insurance in areas like Chicago, Cleveland, or even Toledo?

So what about flood insurance claims on the property?

Well some private flood insurance companies will automatically disqualify you if there has ever been a flood claim on the property. Others only look back 5 years on flood insurance claims. Its important when getting a flood insurance quote that you ask these questions. If a claim occurs it could be declined if it is discovered that the property had claims.