Sorry you need an elevation certificate for us to give you a flood insurance quote in Alabama.

Have you ever heard this when shopping for flood insurance in Alabama?

I know I have heard this almost everyday.

So is it true?

Well it could be and couldn't be.

We are going to look at some scenarios to give you an understanding of when it maybe required and when it may not.

So does the National Flood Insurance Program require an elevation certificate in Alabama?

This could depend on a few things. First thing is the flood zone. If you are in the special flood hazard area also known as the 100 year flood zone then it could be required. We are talking about the following zones.

So if you are in these zones and your property was built after the first flood map then generally an elevation certificate will be required.

What if it was built before the first flood map?

Well if the property has been substantially damaged or improved then an elevation certificate could be required.

Now let's answer the question you came to this blog for.

This is a moving target question. Some private flood insurance carriers will require an elevation certificate if it is a post firm structure and in the special flood hazard area.

Some will the more negative your elevation is below the base flood elevation. Many times carriers use this as part of their flood score. So they may decline the risk but if you have an elevation certificate they may approve the risk.

Thankfully the majority of the time private flood insurance carriers in Alabama will not require an elevation certificate.

Maybe you have been told all flood insurance is the same?

Then it maybe time to do a flood insurance review.

So if you have further questions about elevation certificates then click here.

You can also learn more about flood insurance by visiting our YouTube channel or tuning into our podcast.

Remember we have an educational background in flood mitigation. So we are here to help you understand your flood insurance, flood risk, and mitigating your property long term.

2021 Inauguration Day: Transfer of Power What Does it Mean for Flood Insurance?

Its the day power is transferred from one person to the next as you have one president going out and a new one coming in today. 2021 isn't just the changing of presidential power but also the changing of flood insurance.

Almost everyday we get asked when is the National Flood Insurance Program going to get out of the flood insurance game.

The answer could be never but some things have recently happened to transfer some of that power and will continue to through 2021.

After this ruling there were still some dark areas if every loan accepted private flood insurance.

The two areas that came into question were FHA and VA loans because they are considered government loans. Sometimes getting a straight answer on VA guidelines can be difficult. Direct writers for VA loans say no but mortgage brokers for VA loans say yes many times.

However FHA is a little bit easier as they have clearly said no for right now. About 60 days ago FHA opened up the comment period to determine if they will accept private flood insurance.

Hopefully they will make a ruling on this in the first quarter of 2021 and allow private flood insurance to be accepted. However thats not the only change with this transfer of power happening.

The National Flood Insurance Program is scheduled to release NFIP Risk Rating 2.0 in October of 2021.

If this does happen it could bring some sweeping changes to a very outdated flood program.

Some of these changes could include flood insurance rates being based on replacement cost, rates based on distance to the water, and possibly elevation certificates no longer being needed.

Currently if you live in a flood zone x or minimal risk zone it's the same rate across the country, However in the new system you mighty have a different rate in Houston Texas compared to Birmingham Alabama.

It has been said that this could cause flood insurance to be unaffordable in areas like Florida, Texas, Louisiana, and North Carolina where many flood prone properties exist.

Replacement cost on a property could also help determine rates. Currently this is only used in coastal flood zones also known as flood zone V.

This could also be a cost saver to property owners as elevation certificate pricing can range from $500 to $2000.

So with these changes happening in 2021 will the National Flood Insurance Program be leaving the flood insurance industry.

It looks like if this did happen it would not happen anytime soon. One reason is the National Flood Insurance Program does not even currently consider private flood insurance as continuous coverage. This is one reason why if you leave for a private policy and come back you may not have the same benefits.

The other concern is insurability for properties that have flooded multiple times. Historically it has been a challenge for these properties to get reasonable flood insurance in these areas.

As you can see there are a lot of changes that are happening with the National Flood Insurance Program and even private flood insurance. If you have further questions make sure to visit our YouTube channel where we do daily flood education videos.

We are now into about week 4 of the stay at home order as part of the Coronavirus pandemic. Protecting our families is probably at the top of most of our minds right now. You are probably concerned about health and what the financial future holds.

We have all had to make changes in our lives especially those of us that have young children. I know I have a four year old that my wife is currently home schooling. My afternoons use to consist of grabbing a late lunch at a local eatery. However this week it was filled with reading classic fairy tales like Hansel and Gretel to Lydia, learning to make a fresh strawberry cobbler, and helping property owners get 2nd opinions on elevation certificates. 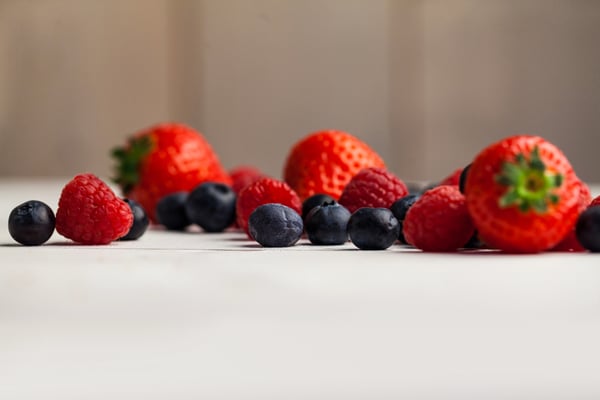 Now that I have bored you with all these changes let's discuss the real reason why you are reading this blog and that is 2nd opinions on elevation certificates in Arizona.

When we hire a surveyor in Arizona we trust that they are giving us the right information about our Arizona Property. However remember everybody can be wrong and have a different opinion.

You have heard that all FEMA flood insurance rates in Arizona should be the same but many times agent knowledge leads to different rates. Just today we saw where an insurance agent had given a customer a grandfathered policy when the property did not qualify. It resulted in a $2000 rate increase for the customer.

The same thing goes for elevation certificates. Something we have seen the last few weeks in Bisbee Arizona is that one surveyor may describe a property differently than another surveyor. This could result in two things happening

One surveyor may say a Arizona property is elevated while another says it is on a slab. Remember surveyors are strictly responsible for the elevation numbers.

Diagram numbers being wrong is probably one of the most common mistakes on an elevation certificate. 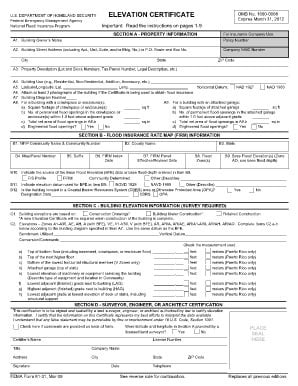 So could the numbers be wrong?

Just this week we saw a significant difference in elevation numbers on elevation certificates done less than a month a part in Arizona.

These small errors on the elevation numbers resulted in a customer saving $1800 on their flood insurance.

So is a second opinion worth it?

As you can see in many situations it can be but it can also cost you more money. First of all if you are in a rural area of Arizona elevation certificates may cost more money. Most elevation certificates in Arizona can range from $500-$1000. You could try to get the first surveyor to make corrections like this property owner did in this situation. However this particular surveyor refused. I will tell you most of the time we have seen that most surveyors in Arizona are willing to make reasonable corrections.

So then which elevation certificate do you turn into FEMA?

We recommend turning in the more favorable one with documentation like photos that will support the diagram number and elevation numbers.

Maybe you want to see if there are any inaccuracies on your elevation certificate? Make sure to visit our website where we can review this for you and help you make any corrections with FEMA.