The Federal Emergency Management Agency (FEMA) is rolling out changes when it comes to flood insurance rates across all states in the country. Today, we will unpack these changes coming to New Jersey and how they can impact your flood insurance in the future. 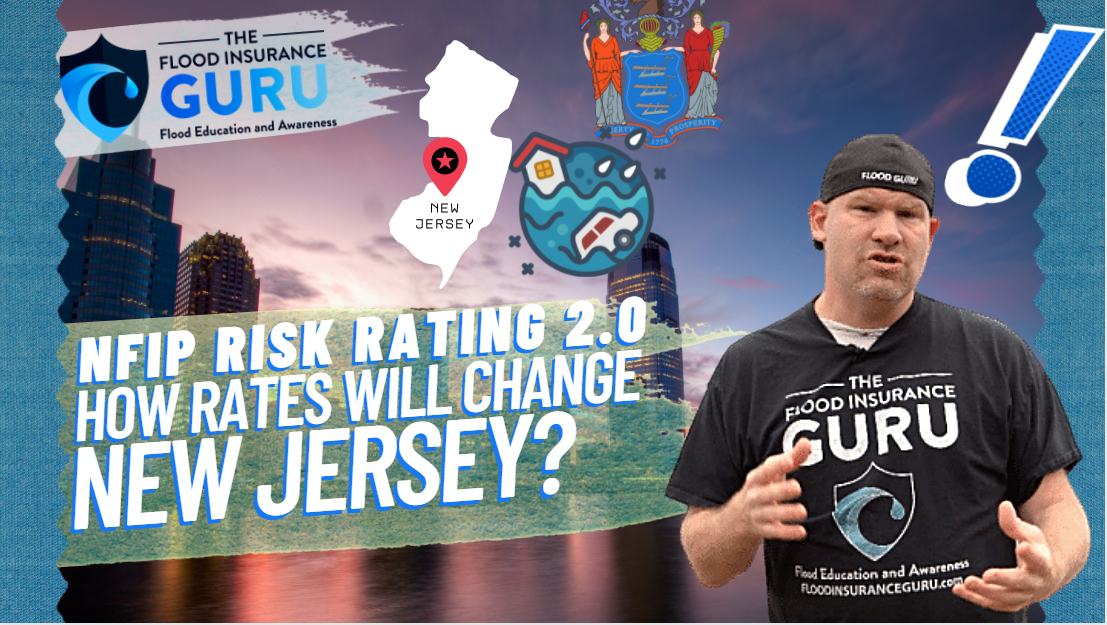 Today, we'll dive into one of the states facing the risks of coastal flooding: New Jersey. The Garden State has 130 miles of Atlantic coast on its edge and generally, this is a beautiful spot for vacations at the beach, getting some tan, or just enjoying a day out viewing that beautiful coast however this is one of the risks that residents face every day. So, we want to look into the upcoming changes to the first line of defense when it comes to the threat of coastal floods, the federal flood insurance.

A lot of homes get impacted by flooding across the United States which rightfully prompted both the people and the federal government to create countermeasures against all types of flood loss. It's important to understand that there are changes coming to federal flood insurance and the National Flood Insurance Program (NFIP) which can mean a great thing for some homeowners and also bad things for other homeowners who carry flood insurance policies with FEMA and the NFIP.

The National Flood Insurance Program is getting closer to implementing the Risk Rating 2.0 and we want our friends over in New Jersey to get up-to-date with these changes.

A lot of things come into play when it comes to finalizing the cost of flood insurance premiums with FEMA. These are the things that you also want to make sure to be on the safe side in order to avoid getting those expensive rates and premiums. We'll list down some of the things you want to consider:

Starting off with the good changes coming with the Risk Rating 2.0, we'll show you the green slice. This is composed of 21% or 46,319 policies in New Jersey. These people will receive a good change because of the immediate decrease of more than $100 ($1200 per year).

Generally, this is a great thing for those with lower-valued homes since it's more likely that they'll get lower flood insurance costs and there get to avoid that rate hike. Equally, this is also helpful for those with higher-valued homes that generally get drastic annual rate increases when it comes to flood insurance. This acts like a huge discount for something that can save your life in more than one way.

Next up, we want to cover the bad change that will cover the biggest population of FEMA policies in the state. The blue slice presents policyholders a small increase in rates ranging from $0 to $10 per month ($120 - $240 per year).

This is going to impact a whopping 64% or 137, 075 active FEMA policies in the state once the Risk Rating 2.0 starts in October later this year. This could mean that within this 64%, you may get no change or increase with your federal flood insurance rate or you can get up to a $10 increase per month.

Although this increase may not sound that much, it is still important a lower-income community may find it hard to adjust with these actual rate hikes. We've seen a good percentage of homeowners not get flood insurance since they thought it would just be another thing to worry about when it comes to financial concerns especially when it starts to become more expensive.

Lastly, we have to cover what's left of the active FEMA policies which unfortunately has to deal with the ugly changes coming with the NFIP 2.0. This will be that pink/magenta range and the grey one.

The pink/magenta is composed of 10% or 22,426 of the policies FEMA has in force in New Jersey. This is an ugly change because there's a significant difference in the increase for this portion compared to the blue slice. If you're part of this, you're going to have to deal with an increase in rates ranging from $10 to $20 per month ($120 - $240 per year).

The grey slice is composed of the remaining 5% or 11,364 policies in New Jersey. This is an even uglier change since if you're going to be under this percentage, you're going to have to deal with an increase in flood insurance rates of more than $20 per month (>$240 per year). This can mean that you may see an increase going up to more than $100 per month (>$1200 per year) on your flood insurance rates with FEMA and the NFIP.

The full pie graph for the New Jersey Risk Rating 2.0 can be seen below: 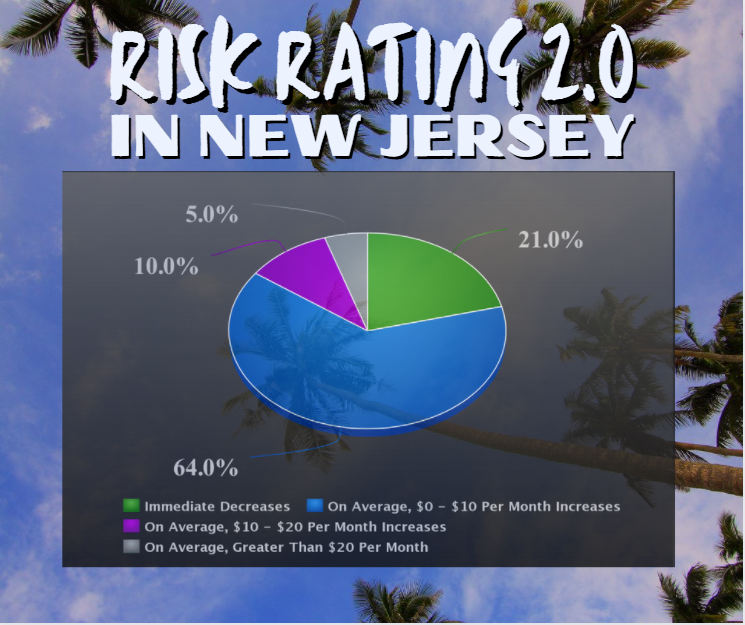 So, you want to be very ready for this. We've been talking about this since last year since basically the NFIP is already 30 years old already and is in need of this change. Nowadays, the actual flood risk that we're facing is not coming from flood water, but concerning flood coverage or the lack thereof.

If you have questions on these upcoming changes, what are your flood insurance options in New Jersey, or anything about flood, reach out to us through the links below. You can also watch this on our YouTube channel.