The Federal Emergency Management Agency (FEMA) is rolling out changes when it comes to flood insurance rates across all states in the country. Today, we will unpack these changes coming to Indiana and how they can impact your flood insurance in the future. 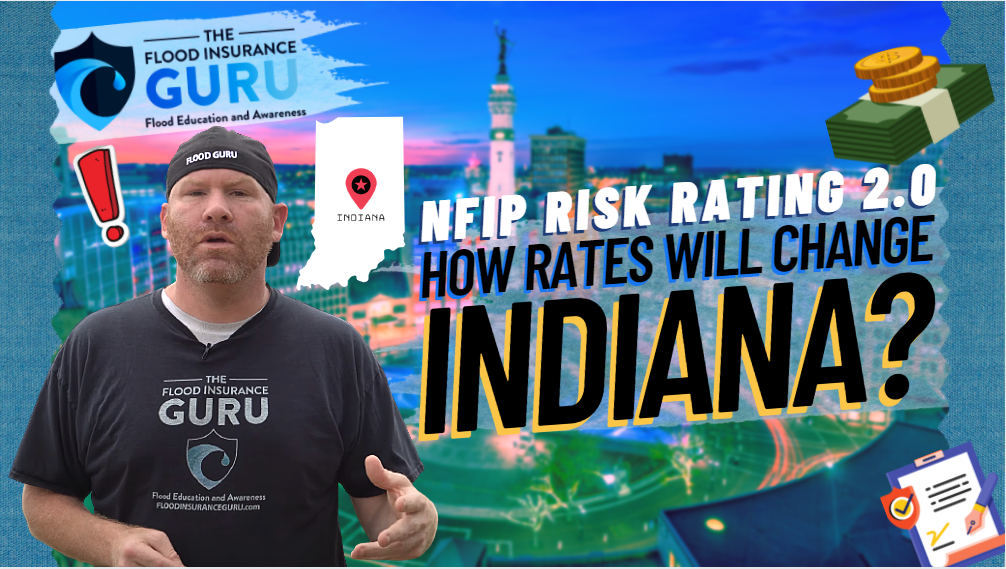 The Hoosier State of Indiana, home to Pacers and Indianapolis Indians, has had its fair share of experiences when it comes to flood. If we even just look at the recent years, the state has been subjected to massive floods due to torrential rains and flash floods were always the constant flood risk that locals of the state face especially during the hurricane season.

It's important to note that flash floods nowadays can turn a low-risk flood zone into very flood-prone areas in just a snap of a finger. We've seen this happen in low-lying areas where surface water that's supposed to be sipping into the ground instead runs off to communities causing massive and unexpected flood damage to those who are impacted.

Today, we want to talk about the upcoming changes to your federal flood insurance in Indiana. The National Flood Insurance Program is about to change its flood insurance rates through the Risk Rating 2.0, and we want to help you unpack the good, the bad, and the ugly changes with this new update.

This update will start to take effect on October 1st, 2021.

When we say that this will be based on the value of your property, this doesn't mean that FEMA won't be considering other data they have gathered in relation to how your flood insurance premiums will turn out. The National Flood Insurance Program is also expected to consider the following (to name a few):

Let's unpack these and see what they mean for flood insurance.

First, let's talk about the biggest slices you'll see in these reports. We want to start with the good news or the good change coming to FEMA flood insurance policyholders in Indiana.

About 46% or 9,163 policies will be in that good change area. This is due to the fact that flood insurance rates will immediately decrease for these residents by $100 or more per month ($1200 per year).  Considering how Indiana's average premium with FEMA is about $1,100, this can really help you get cheap flood insurance or make FEMA an equally viable option when it comes to saving money in flood insurance even if you're paying $2000 or more in premiums every year.

Now, moving forward to the blue slice or what we'd call the bad change. This is due to the fact that policyholders from FEMA will get an increase in their flood insurance rates.

About 47% or 9,491 policies in Indiana will go through this increase starting October. The increase ranges from $0 to $10 per month ($0 - $120 per year). Although this may seem a small change, it's still something that you need to prepare for especially with the Risk Rating 2.0.

Since flood insurance rates are determined through the value of your property, flood mitigation efforts, and all that, you might start paying for more than $1200 on average for your federal flood insurance.

Lastly, we want to talk about the last two slices: the pink and grey ones. Now, these two will get you an increase on your flood insurance rates still and are somewhat the same. However, it's important to note that one is a significantly uglier change compared to the other. Let's do a breakdown of each slice.

The pink slice is composed of 4% or 892 federal flood insurance policies in Indiana. We're talking about almost a thousand residents getting an increase on their rates starting this October. This increase starts at $10 and maxes at $20 per month ($120 - $240 per year).

On the other hand, we have the grey slice which is the uglier change between these two. This will impact 3% or 536 policies in Indiana. Now, when it comes to federal flood insurance rate increase, it's going to be uglier as well.

The increase will start at $20 per month and can only get higher from there. We're talking about an increase to your premiums of more than $240 per year. This also means that depending on your property's value and data like flood history, flood claims history, and flood mitigation efforts, you may deal with more than a $100 increase per month.

These changes can easily move your base flood insurance premiums to more than $1500 once the Risk Rating 2.0 starts on October 1st.

A full graph of these changes can be seen below: 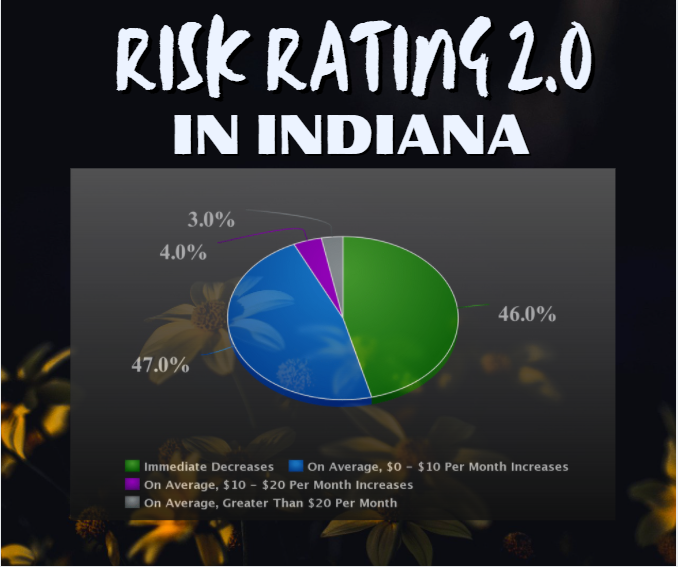 If you have questions on these upcoming changes, what are your flood insurance options in Indiana, or anything about flood, reach out to us through the links below. You can also watch this on our YouTube channel.