Flood insurance coverage is something that all insurance agents and homeowners should know very well. Keep it close to the chest when it comes to fully understanding the extent of what you're writing on your policy.

In today's episode, we want to tackle flood insurance coverages; specifically how replacement costs can be different from the actual cash value (ACV) and the dangers of choosing one thing from another.

But what is the difference between the two?

Replacement cost — from the phrase itself which is very self-explanatory — is the amount given to the insured in order to fully restore and/or rebuild the property after being damaged.

Let's give an example, if you choose to get replacement cost for your flood insurance for a home that's worth $240,000, then you will be able to get this exact amount from your insurance provider. In the NFIP, coverages actually max out at $250,000 building coverage and there are no amount limits in the private flood insurance market.

On the other hand, actual cash value (ACV) is a different story. This time around we won't be talking about the exact amount needed to fully restore your insured building, but its exact value in actual money.

This is calculated by using the replacement cost value of the property subtracted by depreciation. This means that the overall depreciation of the value of your insured building will be the sole basis of how much you'll be getting.

This means that one way or the other, you won't be getting $240,000 on your insurance if you choose ACV. This is why choosing Actual Cash Value is dangerous for homeowners because you're getting less than what you really need.

How to Know Your Coverage

There are two ways to make sure that you won't get blindsided when your flood insurance claim pays out.

You can ask your insurance agent to help you with this and it's pretty easy for them to determine this. A great insurance agent will make sure that the policy you have is under replacement cost coverage.

Another thing you want to make sure of is that you're following the 80% rule. Both FEMA and private flood insurance have this type of rule. The rule states that you must ensure your property for at least 80% of its cost.

By following the 80% rule, you can have the assurance that you won't be getting a significantly lower amount of coverage when your policy starts to payout.

You can also click on this picture below to contact us and discuss your flood insurance concerns.

Remember, we have an educational background in flood mitigation which lets us help you understand your flood insurance, how it can be managed, flood risks, and mitigating your property to preserve its value long-term.

The Federal Emergency Management Agency (FEMA) is rolling out changes when it comes to flood insurance rates across all states in the country. Today, we will unpack these changes coming to New York and how they can impact your flood insurance in the future. 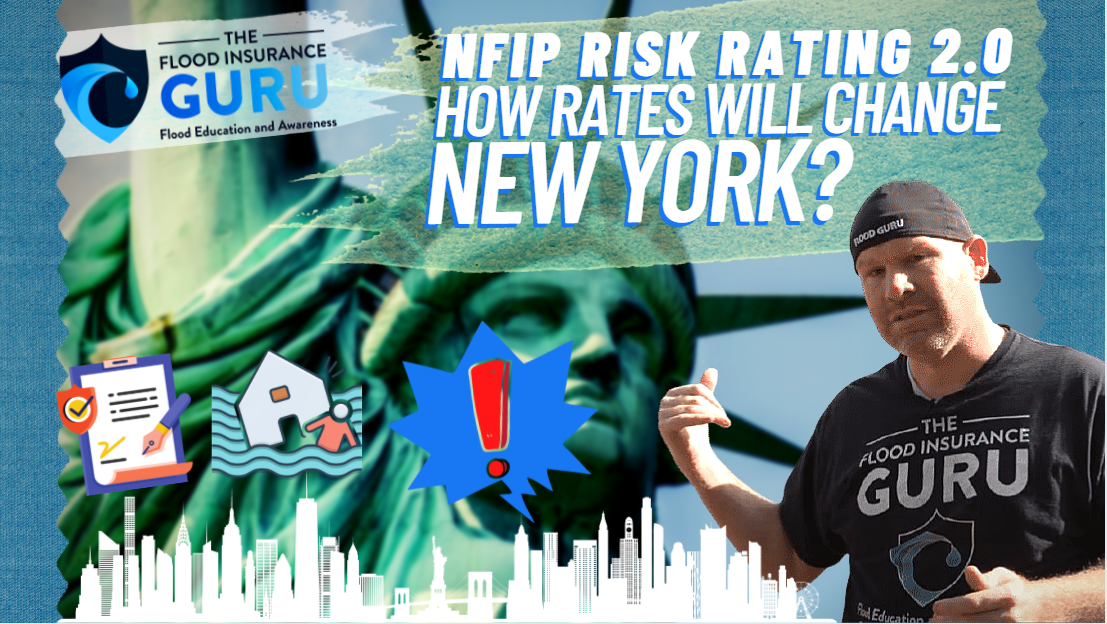 Today, we have to come down to the concrete jungle where dreams are made of, New York. The Empire State is one of the most colorful places you can go to, surrounded by multiple lakes, a river, and the Atlantic coast itself however when it comes to floods, the state is facing a lot of risks.

We're going to talk about the upcoming changes to the National Flood Insurance Program (NFIP) Risk Rating 2.0 which is expected to arrive on October 1, 2021.

Keep in mind however that property values won't be the only thing that will determine whether or not you'll get a price increase or decrease with your flood insurance rate. You also have to consider that there are a lot of things that will contribute to the final flood insurance costs you will get such as:

The National Flood Insurance Program will provide coverage from flood damage on the insured property, which generally are residential properties or commercial properties, that maxes to $250,000. This is also with that coverage on contents or personal things within that property that maxes to $100,000.

It's important to note however that if you're planning to go through FEMA and the NFIP, you better start as soon as possible since you will have to follow a strict 30-day waiting period before your policy can take effect.

Starting with the good news we have for the residents of the Empire State, there will be 32% or 54,017 policyholders who will receive a great deal with the Risk Rating 2.0.

We'll show this as the green portion of the pie graph and a good change because this will bring an immediate decrease in rates of more than $100 ($1200 per year). This can really help ease out that premium with FEMA that averages $1300 or more especially for commercial policies in New York.

This decrease in premiums is very helpful for those lower-valued homes since the amount you need to pay for FEMA flood insurance won't seem so absurd for those who are impacted.

This means that if you're part of this blue portion in the graph, you're either going to get $0 or no change with the rates you're paying or pay an increase of $10 per month once the Risk Rating 2.0 kicks in.

Lastly, let's move to the farther end of the graph and talk about the ugly news. This is shown by the pink/magenta and grey portions. It's important to note that the grey portion is significantly uglier of a change compared to the pink one. Let's understand these two.

However, when it comes to that grey portion, we're going to start to talk about a more drastic increase in flood insurance rates. Another 7% or 11,354 policies in New York fall under this change. The increase in rates will be more than $20 per month (>$240 per year). This simply means that there's a chance that your increase will be at that $100 mark.

This price hike can easily be deemed as an alarming increase especially for the low-income communities that might be impacted by this change. This is why it's equally important to understand your flood insurance options as this increase may not help your situation and only cause more headache than peace of mind.

You also have the private flood insurance market and since private insurers are the ones who will cover your policy, you can get a great deal and won't have to deal with all that red-tape FEMA has to go through. The private flood insurance market doesn't have any coverage limits and has a shorter waiting period of 10-14 days. You wouldn't want to pay for a $3,000 premium only to get covered for only $250,000 on a $500,000 home.

You can see the full pie graph of these changes to New York below: 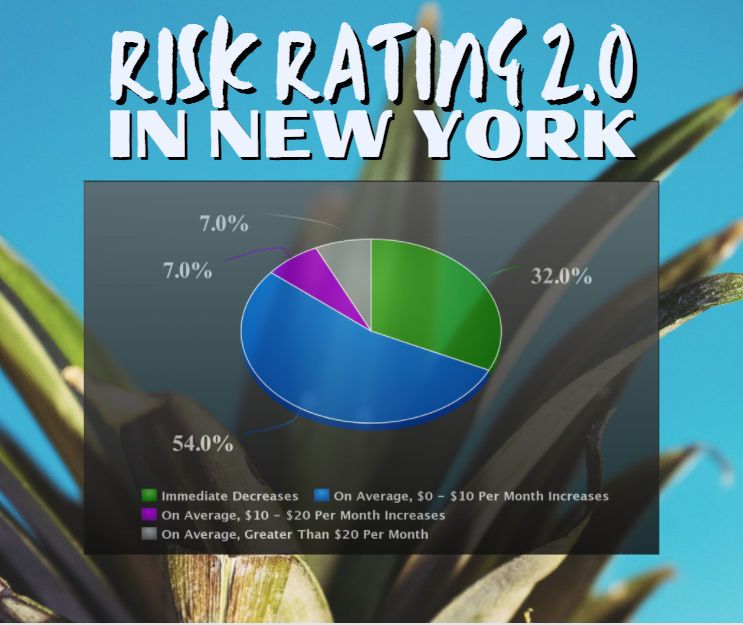 If you have questions on these upcoming changes, what are your flood insurance options in New York, or anything about flood, reach out to us through the links below. You can also watch this on our YouTube channel.