The Federal Emergency Management Agency (FEMA) is rolling out changes when it comes to flood insurance rates across all states in the country. Today, we will unpack these changes coming to Washington State and how they can impact your flood insurance in the future. 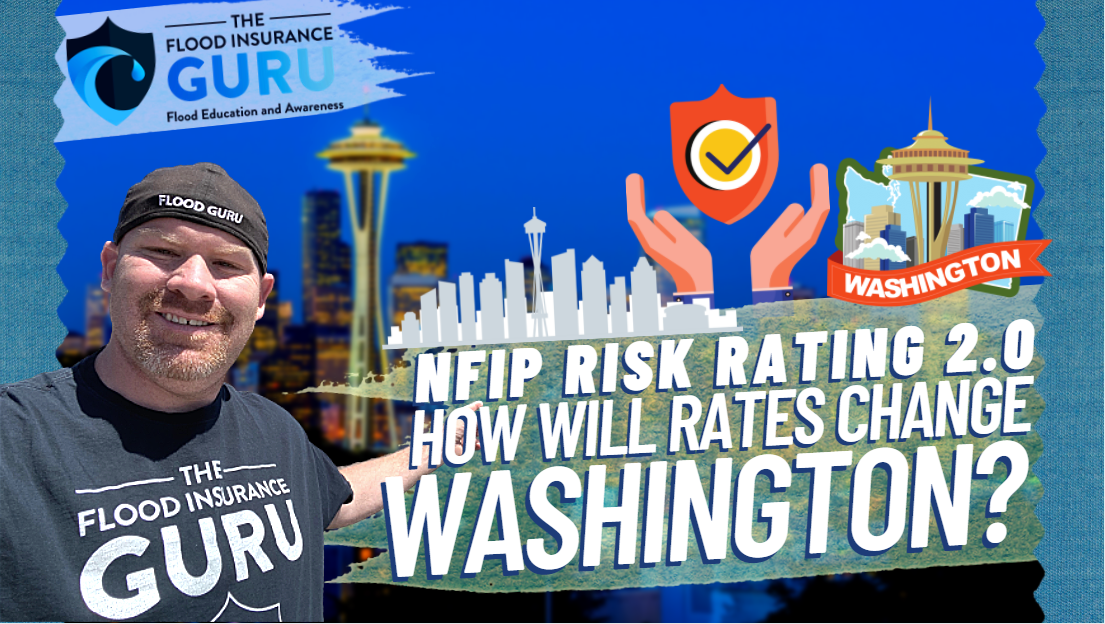 Washington has one interesting history when it comes to flood events. You will be able to see that most of these floods happened in more recent years ranging from the early 2000s and more recently. This begs asking if this type of flooding can happen again in the near future.

Getting flood insurance policies to protect your property, be it a residential property or commercial building is a great start in making sure that you are prepared for possible flood damage and flood loss.

However, the biggest damage that floods can bring is when someone doesn't have flood insurance just because they don't think they need it or even worst, paying for expensive flood insurance premiums only to get flood coverage for a substantially smaller amount.

It's crucial that you, as a homeowner or business owner, are updated when it comes to the changes that may happen with your flood insurance policy. This is regardless of it coming from the federal government, Federal Emergency Management Agency (FEMA), National Flood Insurance Program, or the private market which is managed by private insurance companies. Today, let's talk about the upcoming changes to federal flood insurance in the Evergreen State.

The National Flood Insurance Program (NFIP) is bound to change its rating system for the people they provide flood policies to. These changes will be a big part of the Risk Rating 2.0 that's going to start impacting the federal flood insurance landscape on October 1, 2021.

Starting off with the good things, Washington residents who have flood policies with FEMA and the NFIP will be experiencing these changes coming to Risk Rating 2.0. The good thing is due to the fact that there will be a decrease in flood insurance rates with FEMA.

This change is something that 33% or 10,717 policyholders will experience. The decrease itself will be more than $100 (>$1200 per year) which can kick in immediately. In coastal areas like this where there's a constant risk of flood due to storm surge, it can be very helpful for those who are looking to get protected from unwanted flood loss to have this type of decrease.

There are also some bad changes happening to residents of Washington when it comes to federal flood insurance. We'll show this as the blue portion of the graph and will cause an increase in flood insurance rates.

This will impact 55% or 17,858 policies in the state who are going to get that small increase. The increase in rates will range from $0 to $10 per month ($0 - $120 per year). Generally, this range can put you in a position where you might not have any change with your flood insurance rates with FEMA which is why there's a $0 there.

Lastly, we also have the ugly changes which will be shown by the pink and grey portions. These changes will impact a total of 12% of the policies that FEMA has in force in the state and will cause a more significant increase in your rates once the Risk Rating 2.0 kicks in. Let's break them down a bit.

The pink portion will cover the bigger 8% of the two or about 2,566 policies in the state. The increase this time around will be ranging from $10 to $20 per month ($120 - $240 per year) which is why we put this in the ugly change. Virginia has expensive flood insurance premiums from FEMA and when you have to deal with an increase, it may not really help you in choosing federal flood insurance.

On the other hand, we still have to address the grey portion which is the uglier change between the two. This is generally because the increase will be more than $20 per month (>$240 per year). The increase is also expected to have some policyholders even get more than $100 per month increase in their rates with FEMA. This will impact 4% or 1,406 policies in Washington.

If you have questions on these upcoming changes, what are your flood insurance options in Washington, or anything about flood, reach out to us through the links below. You can also watch this on our YouTube channel.