How Are The New Flood Insurance Rate Maps in Birmingham Alabama Impacting You? Can You Do Anything About It? 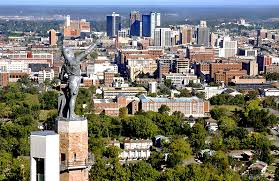 When people think about flood insurance they normally think about coastal areas. Flood insurance in Birmingham Alabama is not something that generally comes to mind, which is what makes understanding the new flood maps even more important.

On March 21, 2019 FEMA updated the flood insurance rate maps for part of Jefferson county and Blount county Alabama. This is going to have a major impact on areas like Birmingham Alabama, Blountsville Alabama, Locust Fork Alabama, Centerpoint Alabama, Gardendale Alabama, Cleveland Alabama. We are going to talk about the good news and bad news with these maps.

When flood insurance rate maps are updated it is not always a bad thing since FEMA looks at historical data when updating maps. So if your area does not have a history of flooding then it could be a good thing. This means when the new map is updated your property could be moved out of a high risk flood zone like almost 1500 property owners in Jefferson county Alabama are expected to experience. So if this happens to you and you have a mortgage then you should get a letter from your mortgage company that flood insurance will no longer be required. Here at The Flood Insurance Guru we always recommend checking these flood zones on a yearly basis. You can verify your flood zone here

So what exactly does this mean and how will it impact you? Let’s say you have a mortgage on your property then you should receive a letter from your mortgage company. The letter should read something like this. “ We were recently notified that your property was placed into a SFHA also known as a special flood hazard area”. So what are your options when this happens?

As you can see there can be many difference between an NFIP and a private insurance flood policy when it comes to flood insurance in areas like Birmingham Alabama, Blountsville Alabama, Adamsville Alabama, and Gardendale Alabama.. It could also be possible to get your flood zone changed so its important to know every flood insurance option out there.