Atlanta Georgia 2009 Historical Flooding: 10 Years Later What Have We Learned?

In this podcast we discuss the historical flooding event that took place in Georgia in 2009.

September is normally one of the driest months of the year in Georgia. However in 2009 September proved to be the opposite causing , one of the most catastrophic floods in Georgia. This event was practically the perfect storm because so many factors worked together to wreak havoc on a state proven to be unprepared for what was to come.

Not only did Georgia’s landscapes amplify the effects of the flooding, but the moisture from both the Gulf of Mexico and the Atlantic Ocean combined to form rains so heavy that local watersheds could not handle such a large amount of water. According to weather.gov at one point, 20 inches of rain had fallen. You read that correctly- 20 inches of rain! Local Bodies of water overflowed and remained completely full for weeks after. Even smaller bodies of water were heavily affected, as 20 river gages went underwater at the peak of the flooding. 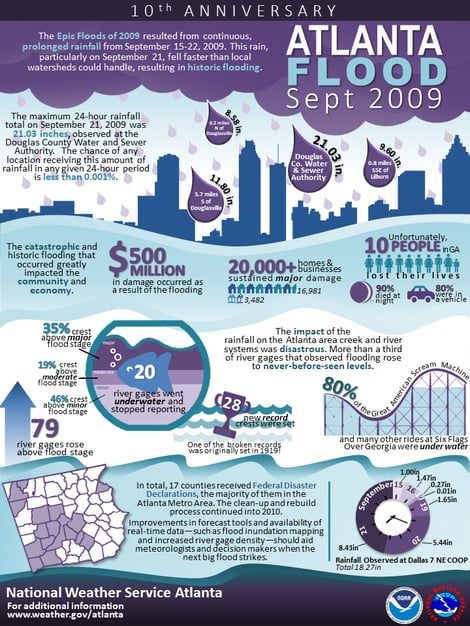 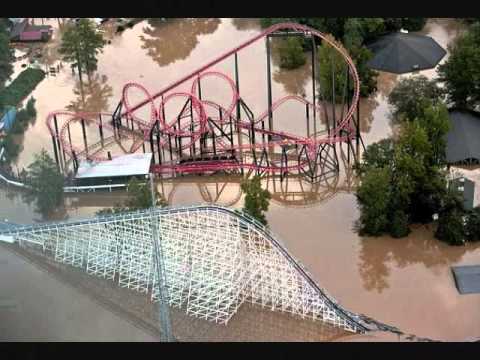 Parts of major Atlanta roadways, such as I-75, I-85, and I-20 were closed off as well. Unfortunately, 10 fatalities occurred, with 8 coming as a result of citizens driving on flooded roadways, and the other two being a result of failure to evacuate in time. 17 Counties received federal disaster declarations, with most being in the Metro-Atlanta area. According to USGS , FEMA declared that 16,981 homes and 3,482 businesses were affected by the flooding. FEMA was able to help those in need, however, through the Hazard Mitigation Program, which helped areas that were repeat flood losses recover.

There were many causes for this nightmarish situation,

Georgia’s population was booming at this point, creating an even more complex and difficult situation. Another cause for flooding can be something as simple as the layout of a parking lot, which was a large factor in the flooding of Six Flags Over Georgia. This series of events had a large impact on the flood zones in the areas nearby, with properties being placed in flood zones that were not before.

Paulding County, Polk County, and other Rural areas were also given new flood maps in order to be better prepared in the event that something similar were to occur. The recovery time was long and lasted into 2010. By September of 2010, there were over 16,000 requests for federal aid. These updated flood maps as well as river gages with increased density should  make it easier to react in a similar situation if it were to take place.

As you can see the Georgia 2009 flooding event was historical. Maybe it impacted you or someone you know. According to the AJC areas like I-20 never should have been impacted by water yet homes in these areas were filled with water. The AJC also states out of the 67 counties impacted by this flooding only 15,000 people had flood insurance.

Flooding is terrible but one thing that can help minimize the impact is carrying a flood insurance policy. The majority of the properties that were impacted by this flooding event were in what is called flood zone X, areas where flood insurance is not required.

So storms like this make you think should anyone who has a mortgage be required to purchase flood insurance? While this debate may never be settled there are multiple flood insurance options available for property owners in the Atlanta Georgia area.

Click the link below to check out your flood insurance options for Atlanta Georgia. You can also check out our YouTube channel and Facebook page The Flood Insurance Guru where we do daily flood education videos. Remember we have an educational background in flood mitigation so we can help you understand flood risks, flood insurance, and mitigating your property against flooding. 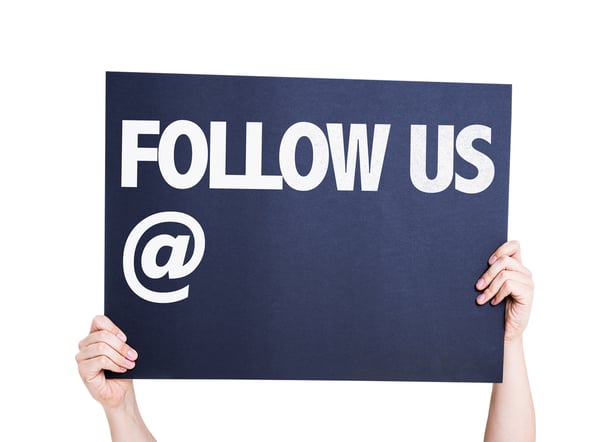