So let's talk a little bit about what's the difference between engineered and non engineered. 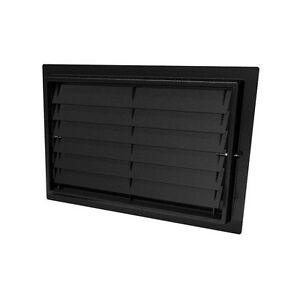 What is the Difference in Flood Vents?

Well, if you're using non-engineered vents, you might have to get six or seven events to get to this. You know, this can be over a cost of $2,000. Well, FEMA's requirement is you have to have at least two vents on a house. It has to be on two different sides of the building. If you're using engineered flood vents, you might be able to accomplish this with just two events compared to seven.

So as you can see, the cost can actually be significantly lower for you because of the size of the vent. The other reason for it as well is maintenance. These kinds of air vents that are used, a non engineered flood vents give away over time, they get clogged, they don't open properly, they don't do the things they're supposed to do, but engineered vents do. So you may have to replace these non-engineered flood vents every few years.

You may not have to replace engineered flood vents at all because of the way they're built. So these are some important things to understand between non-engineered and engineered flood vents. So what kind of impact can it have on your flood insurance premiums? Unfortunately to this point, FEMA doesn't really separate the two when it comes to your premiums and giving that credit for flood vents. As long as it meets those standards of square inch per enclosed, square foot and  it's got at least a two on two opposite sides then it meets these standards.


So if you've got questions about flood events engineering versus non-engineering, you know, which way should you go, where should you go to get your flood vents? Please reach out to us Flood Insurance Guru go to our Youtube channel and our Facebook page, the flood insurance guru, or we do a daily flood education videos. You can also check out our open Facebook group, Flood Education and Insurance Awareness where we answer flood questions everyday across the country.