The Federal Emergency Management Agency (FEMA) is rolling out changes when it comes to flood insurance rates across all states in the country. Today, we will unpack these changes coming to California and how they can impact your flood insurance in the future. 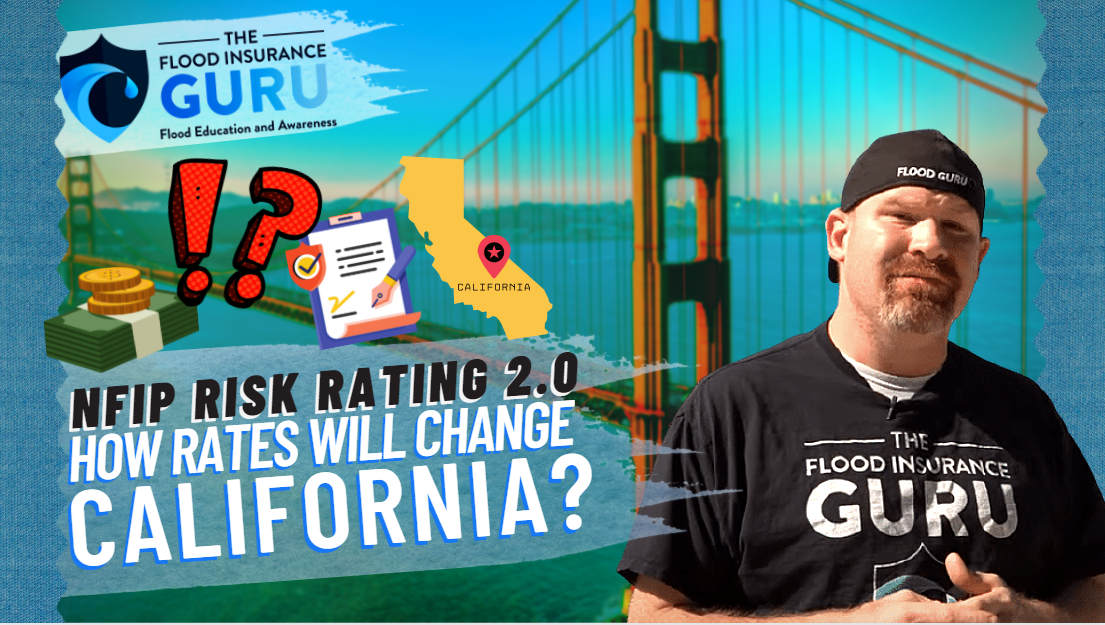 We want to cover what Californians who are policyholders of flood insurance from FEMA and the National Flood Insurance Program (NFIP) are going to face come Fall this year. Considering how there areas like Stockton where there's limited access to private flood, it's important to get an idea of the changes coming to your main flood insurance provider: the federal government.

We believe that the actual flood risk being presented to us is not having enough flood coverage for those flood insurance premiums you're paying for. When the cost of flood insurance seems to be higher and higher, we want to help you understand how the landscape of the National Flood Insurance Program will change this year.

We'll talk about the good, the bad, and the ugly changes coming from Risk Rating 2.0 to the Golden State which will start to kick in by October 1st, 2021.

The Risk Rating 2.0, or commonly known as NFIP 2.0 as well, is more of a move of equity. This update on the federal flood insurance program itself will allow you to no longer pay more than your fair share when it comes to premiums as flood insurance premiums would now be based on the value of your property or home starting this October.

Generally, these rate changes will depend on many things that FEMA considers about your property like its market value, what zone it sits on in the flood maps, risk of flooding on individual properties, flood history, and for Californians things like risk of being damaged by storm surge, flood damage and claim records, flood frequencies relative to your properties location, and the position of your house's lowest grade relative to the state's base flood elevation levels.

For this one, we want to focus on the Golden State of California. Let's unpack these and see what they mean for flood insurance in the near future.

When talking about these good changes with the Risk Rating 2.0 and how it will change based on your property's value, you also want to include the upcoming changes to flood rates. This good change is in that green range which generally means that you're going to get a decrease in your flood insurance rates.

About 27% or about 57,549 policies in California will experience this good change in rates. This means that the impacted policyholders on this range will get that decrease of more than $100 per month ($1200 per year) in flood insurance rates. It's important to note that this amount really depends on the value of your property.

This can really help a lot of property owners especially those who carry policies from FEMA for their residential properties since most of the time, being in the coastal flood zone can cause you to have high premium rates with the NFIP. This just might be the answer for those who are facing a hard time with federal flood insurance costs.

Now, let's talk about the biggest percentage when it comes to this upcoming change to California. About 63% or 135,640 policies will be in this blue range. This generally means that, on average, there will be an increase from $0 to $10 per month ($0 - $120 per year) on the policyholders in this range.

Considering that the current premium in California averages $850, you can expect this to go up to an average of $920. Just like in the good change, this would depend on your property value however properties in this blue range will pay somewhere around that number when it comes to their flood policy with FEMA.

It's also important to note that this rate hike is just the beginning since we're just talking about rates and annual rate increases will be another story since this will depend on your property's individual flood risk.

Lastly, let's talk about the ugly change which falls in that last 10% of the range. For this one, we're going to separate that 6% from the pink range and 4% from the grey range. Let's go a little bit deeper into these changes.

When it comes to that pink range, which we consider to be the less ugly change, policyholders will still experience an increase in their rates, but this time around it's going to range from $10 to $20 per month ($120 - $240 per year). This means that 6% of California's policyholders (13,560 FEMA policies) are going to pay around $970 up to $1100 in their flood premiums starting this October.

On the grey range, we're talking about the uglier change between the two because this means that the 4% or about 8,116 policies from FEMA in the state will get more than a $20 increase per month ($240 per year). This means that you're going to pay more than $1200 for your FEMA flood policy starting this October.

Here's a full graph of these upcoming changes to California: 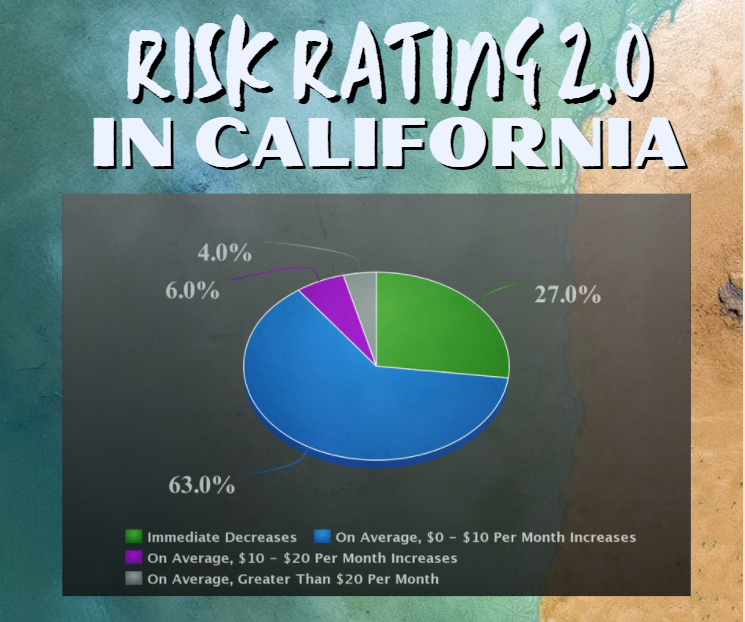 We've been talking about this since last year since basically the NFIP is already 30 years old already and is in need of this change. It's important to start preparing for this especially since there's this possibility that private flood insurance carriers will pull away from providing policies in California. We've seen this happen before and even in other states like Texas, so it's best to be prepared when you're left to go with federal flood insurance.

If you have questions on these upcoming changes, what are your flood insurance options in California, or anything about flood, reach out to us through the links below. You can also watch this on our YouTube channel.