The Federal Emergency Management Agency (FEMA) is rolling out changes when it comes to flood insurance rates across all states in the country. Today, we will unpack these changes coming to Colorado and how they can impact your flood insurance in the future. 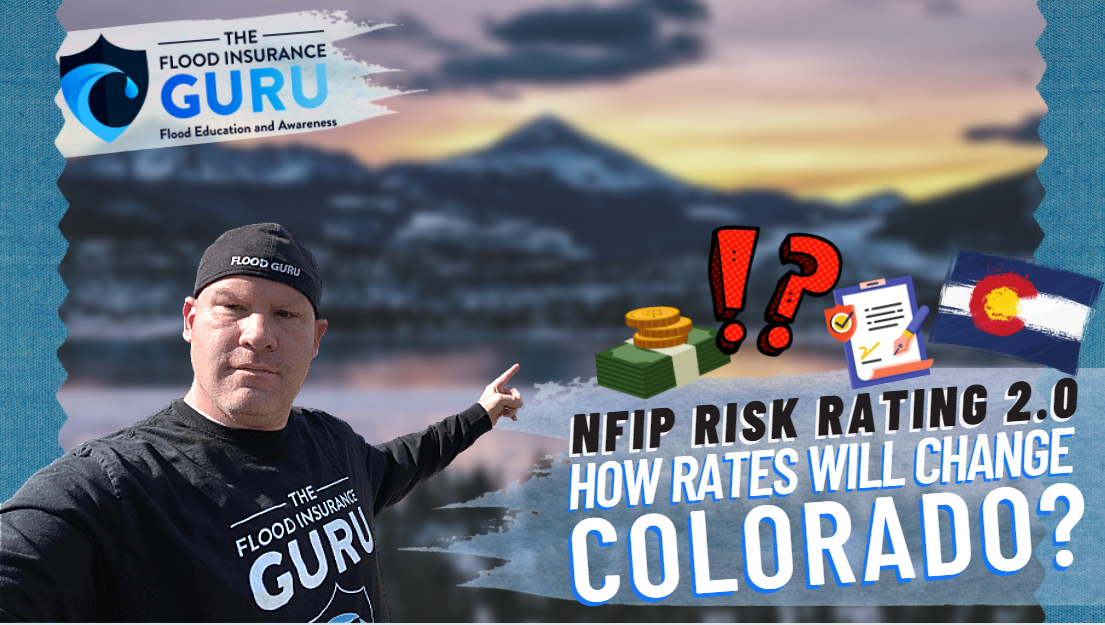 Colorado has been experiencing a lot of flooding in recent times. Even at the time of writing, 5 inches of rain has caused flash flooding that even closed parks due to the risks it's presenting. Although this might not affect the flood insurance options in the state, it's important to remember that being in constant threat of floods might cause the private market to pull away from these risks.

Today, we want to make sure that you know well your alternative when the private flood isn't available and how the Risk Rating 2.0 that's changing the National Flood Insurance Program (NFIP).

The Risk Rating 2.0, or commonly known as NFIP 2.0 as well, is more of a move of equity. This update on the federal flood insurance program itself will allow you to no longer pay more than your fair share when it comes to premiums as flood insurance premiums would now be based on the value of your property or home starting this October.

It's important to note that the rates you'll be getting will be depending on the details FEMA has on your property, so you better watch out for those flood damage, the distance of your lowest grade comparative to the base flood elevation in your community, flood damage and flood claims history, flood frequencies in your area especially in more recent time, and where the flood zone maps you.

For this one, we want to focus on the Centennial State of Colorado. Let's unpack these and see what they can mean for flood insurance in the federal government in the near future.

First, we want to focus on the extreme ranges that you're going to see in this report which is the green range. Now, this range is a "good change" for FEMA and NFIP flood insurance policyholders.

About 43% or 8,677 policies will experience this good change. The green range represents policies that will start to receive a decrease in flood insurance rates once the NFIP 2.0 kicks in. This decrease will go up to more than $100 per month ($1200 per year) and, in some cases, it can be an immediate decrease for the policyholders.

This can be very helpful for those mapped in the high-risk flood areas or the special flood hazard area (SFHA). Considering that FEMA is gearing towards updating each flood map of the states across the country, this decrease can really give you peace of mind when it comes to paying your flood insurance.

Now, let's move into that blue range which we call a "bad change". This will impact about 48% or 9,545 policies that FEMA has in force in Colorado. We call this a bad change because this means that there's going to be an increase in your rates with FEMA once NFIP 2.0 kicks in.

The increase ranges from $0 to $10 per month ($0 - $120 per year). Considering that the average premium in Colorado sits around $850, you're going to expect that your rates to go up to about $920 on average. Since the exact amount of your premium depends on the value of your property, so this amount can blow up to more than $1000.

Lastly, when we're talking about the ugly change we'll be focusing on the pink and grey ranges. Although this generally covers the smallest percentage of these changes, it's the biggest impact especially when it comes to rate changes.

Starting with that pink range, which is about 5% or 945 FEMA policies in Colorado, there's going to be an increase in flood insurance rates of around $10 to $20 per month ($120 to $240 per year). This means that if you're paying about $1000 for your flood policy from FEMA right now, you're going to start paying for up to $1240 starting this October.

On the other hand, when talking about the grey range it's uglier than the one before since this will cause an increase to flood insurance rates of more than $20 per month ($240 per year). This can really skyrocket your premiums with FEMA to more than $1500, even $2000. This is something that 819 policyholders (4% of the total policies in Colorado) to deal with once the Risk Rating 2.0 starts this October.

You can see a full graph for this NFIP 2.0 changes right here: 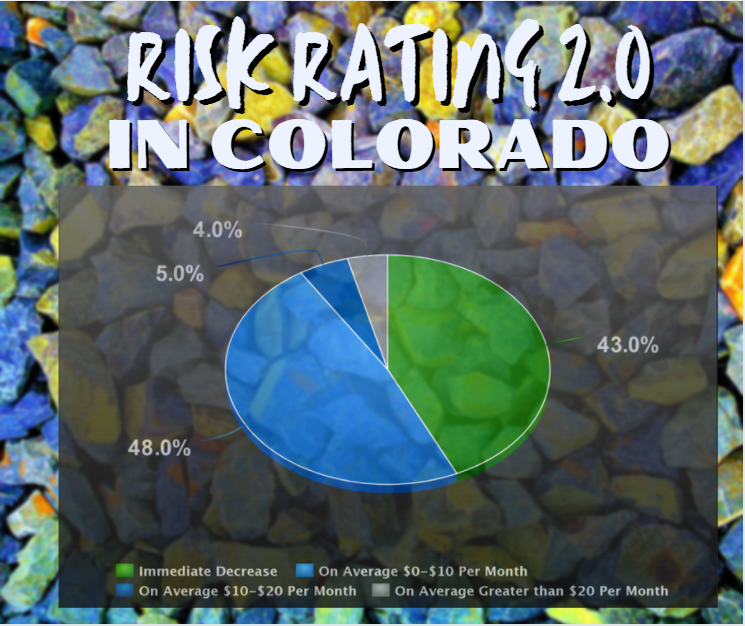 We've been talking about this since last year since basically the NFIP is already 30 years old already and is in need of this change. It's important to start preparing for this especially since there's this possibility that private flood insurance carriers will pull away from providing policies in Colorado. We've seen this happen before and even in other states like Texas, so it's best to be prepared when you're left to go with federal flood insurance.

If you have questions on these upcoming changes, what are your flood insurance options in Colorado, or anything about flood, reach out to us through the links below. You can also watch this on our YouTube channel.