How Do the California Fires Impact Flooding? 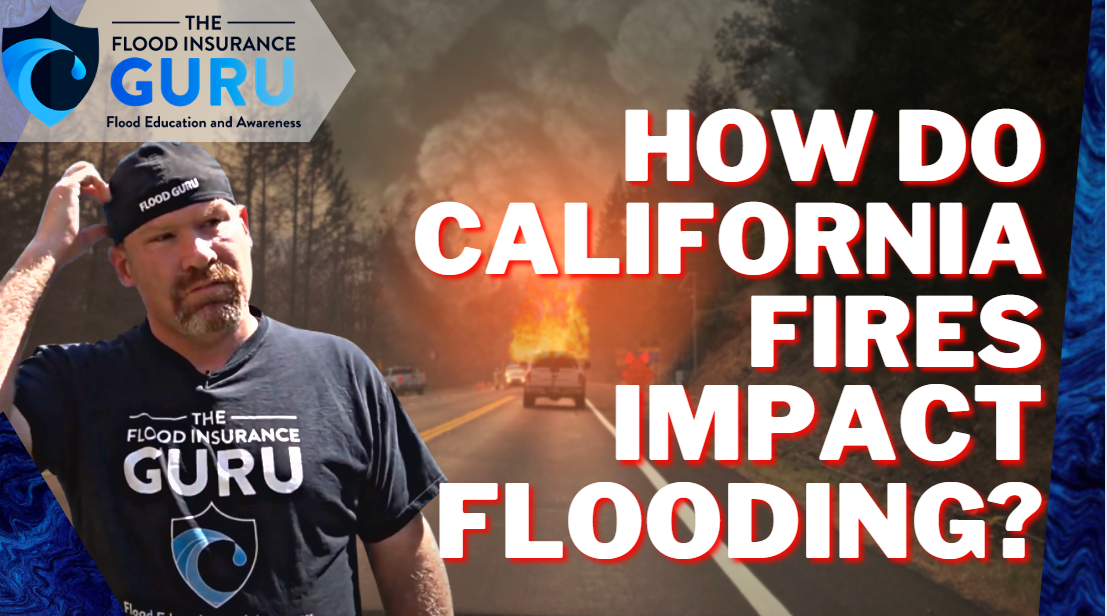 Since the beginning of time, we were always accustomed to thinking that fire and water can only destroy one another. What if I told you that in the case of California, fires actually worsen the amount of water that we get when there's flooding.

Today, we want to discuss how these fires in California have been impacting the flooding on the west coast and communities can best prepare themselves for this type of condition.

Fire and Floodwater in California

If you told people outside of the west coast that fires and drought can lead to worse floods, some might find it hard to believe however this is the perfect cocktail that's been ravaging the western areas of the country and most specifically California.

At the time of writing, a bomb cyclone and atmospheric rivers caused a lot of flash floods, toxic runoff, rockslides, and mudslides after a significant amount of rain was dumped in the area. We've covered this topic in our previous blog. What we want to focus on is how even in recent times, this tag team of wildfire and floods are causing a lot of trouble in California. 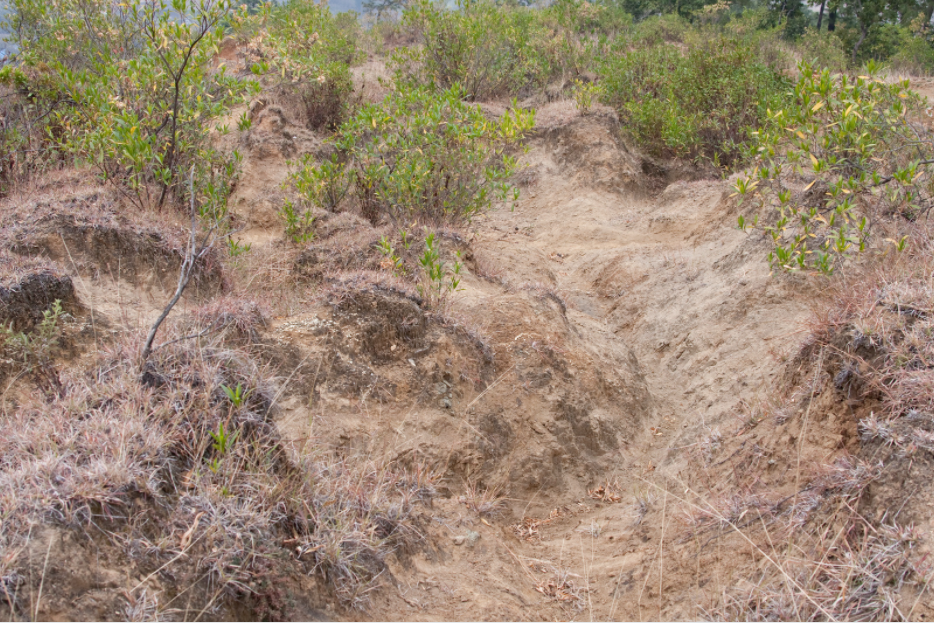 If we look back in 2018, Butte County and Los Angeles were hit with 1 and a half inches of rain which is fairly common anywhere else, but this was enough to cause catastrophic flooding. How did that relatively small amount of rainfall be enough to cause floods?

Well, at the time that this happened, California's soil was badly scarred by the deadliest wildfire in history. The flood was due to the fact that the soil in the area was totally incapable of holding any of that water so it just caused all of the debris to flow into nearby areas.

It's highly noticeable, even without looking at the numbers, that the risk of flooding in California is significantly high. This is highly due to the constant fires that are also constantly presenting potential impacts to future floods. The risk of floods in these areas is also significantly dangerous due to destructive debris flows which contain all the toxic chemicals from burnt materials.

These debris flows are commonly due to the surface erosion that we're seeing in areas where there has been a fire. A fire can easily destroy the overall quality of the soil in these areas which is why a small amount of rain becomes the biggest flood hazard with equal destructiveness to the fires themselves. Equally, when that toxic debris flows get into the water supply, there's also a health risk being presented to the residents of the impacted communities and/or areas.

These threats can happen even with a small amount of rain and it escalates further when we start to talk about heavy rains. The stronger the rain in these areas is, the more vicious the debris flows become, and once this flows into reservoirs and dams, it's a bigger problem for these communities. 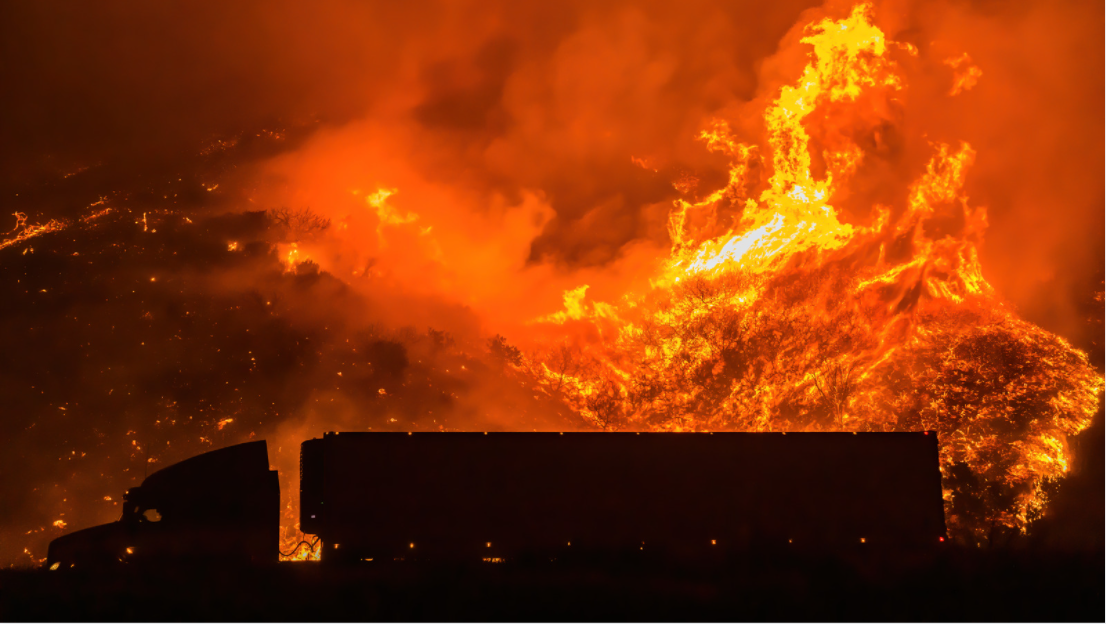 Flood insurance is becoming more relevant now with the current climate change and it's one of the most essential insurance policies you can have. It's important to note that flood damage to your property won't be covered by any other insurance other than flood insurance.

In the case of California and the current condition it's facing with the bomb cyclone and atmospheric rivers, we encourage that each resident will get one for their property since there's a lot of flood hazards going around presented not just by rain, but also through those wildfires.

Flood insurance covers any loss that was resulted because of a flood. Any surface water will be considered as a flood once it affects at least two acres of land or two properties. This means that what happened in California and the west coast due to the bomb cyclone already qualifies for flood insurance coverage. 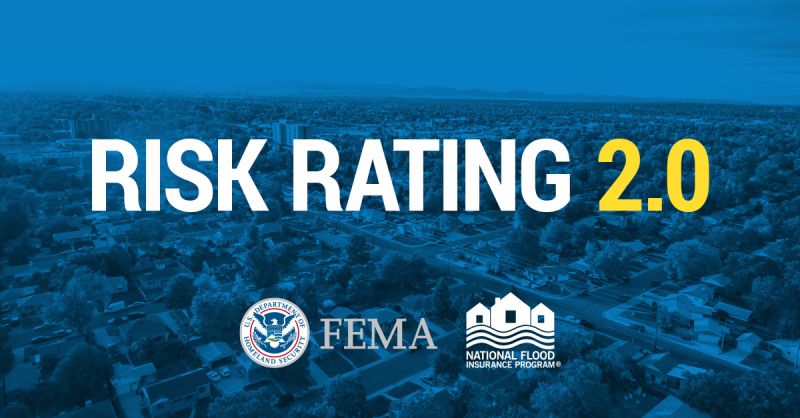 This will be all of the coverage you'll be getting through FEMA and the NFIP. The only other additional coverage you can get is the Increased Cost of Compliance (ICC) which can really help you protect your home from floodwaters. This is an additional $30,000 solely dedicated to flood mitigation however it must be said that this is something that your community should apply for.

You can learn more about federal flood insurance and the NFIP Risk Rating 2.0 by checking out our previous blog.

On the other hand, you also have the private flood insurance market which offers no coverage limits on their flood policies. This means two things: one, you don't have to take up all that $250,000 even when you don't need it and, lastly, you can make sure that you get covered for more than $250,000.

Private flood insurance also helps you find more peace of mind as it can also provide replacement costs, additional living expenses, and loss of use.

Regardless of your flood insurance carrier choice, it's still best to keep a policy intact with your property. Climate change is drastically changing the landscape of how natural disasters — from droughts to sudden downpours of rain — and we must be vigilant to keep up with these changes.

Remember, we have an educational background in flood mitigation which lets us help you understand your flood risk, flood insurance, and mitigating the value of your property long-term.