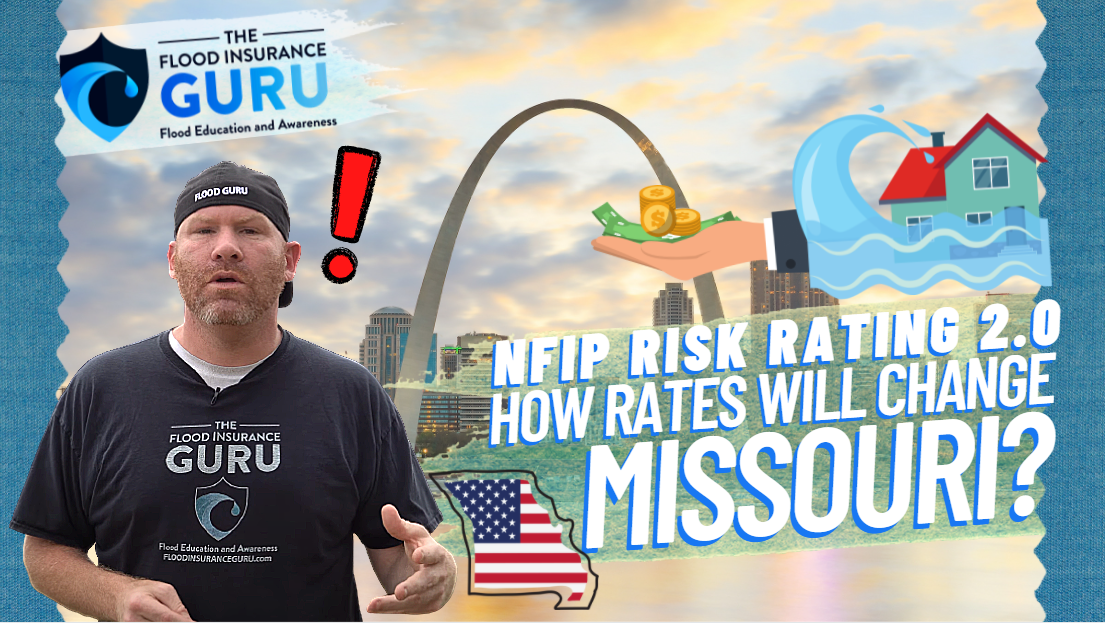 The Federal Emergency Management Agency (FEMA) is rolling out changes when it comes to flood insurance rates across all states in the country. Today, we will unpack these changes coming to Missouri and how they can impact your flood insurance in the future.

Previously, we've covered one of the states that have been victimized by floods throughout the years. If you even look at the past 100 years this was the case for certain states in the United States and today we're going to cover another state that has a long history of flood: the Show-Me State of Missouri.

We'll show you the upcoming changes as the National Flood Insurance Program (NFIP) prepares to fully roll out the upcoming Risk Rating 2.0. For a state like Missouri where flooding can happen anytime even with small amounts of rainfall, we want you to understand what's staying, changing, and the overall impact of this update on federal flood insurance.

Let's go over the good things coming to Missouri residents once the Risk Rating 2.0 takes effect across the U.S. We'll show this as the green slice of the pie graph.

The good change is expected to be experienced by 30% or 5,840 policyholders. This will get you an immediate decrease of more than $100 ($1200 per year) on FEMA policy rates. Considering that a lot of properties are in high-risk flood zones or special flood hazard areas (SFHA) due to the state's proximity to bodies of water specifically the Mississippi River, this can really help with that expensive federal flood insurance premiums.

Now, we'll move into the blue slice which is also the biggest slice in this Risk Rating 2.0 change coming to the state. We call this a bad change because it's going to give an increase in rates for policyholders.

The increase will range from $0 to $10 per month ($0 - $120 per year) and is expected to impact 54% or 10,719 policies from FEMA in the state. For some this may sound tolerable however you have to keep in mind that being in this high-risk flood zone especially properties close to rivers, lakes, reservoirs, and all that can get you very expensive premiums with FEMA.

Lastly, let's look at the most significant changes coming with the Risk Rating 2.0. Now, these slices may show up as the smallest however this is one of the "small but terrible" situations.

The grey slice on the other hand will be a drastic increase to rates with FEMA policies. This slice will cover 7% or 1,448 policies in the state and will bring that increase to more than $20 per month (>$240 per year). This is why it's the uglier change between these two since you might even encounter an increase of $100 per month.

The full pie graph can be seen below: 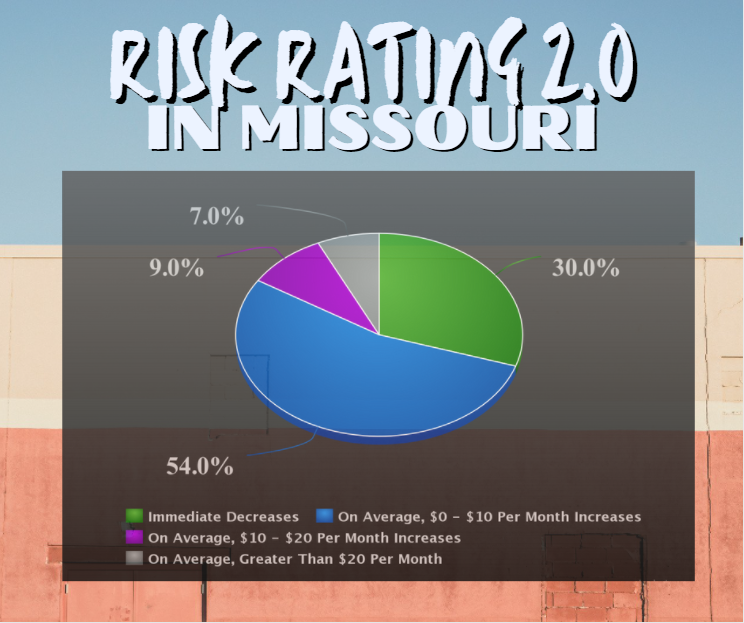 If you have questions on these upcoming changes, what are your flood insurance options in Missouri, or anything about flood, reach out to us through the links below. You can also watch this on our YouTube channel.