The Federal Emergency Management Agency (FEMA) is rolling out changes when it comes to flood insurance rates across all states in the country. Today, we will unpack these changes coming to Virginia and how they can impact your flood insurance in the future. 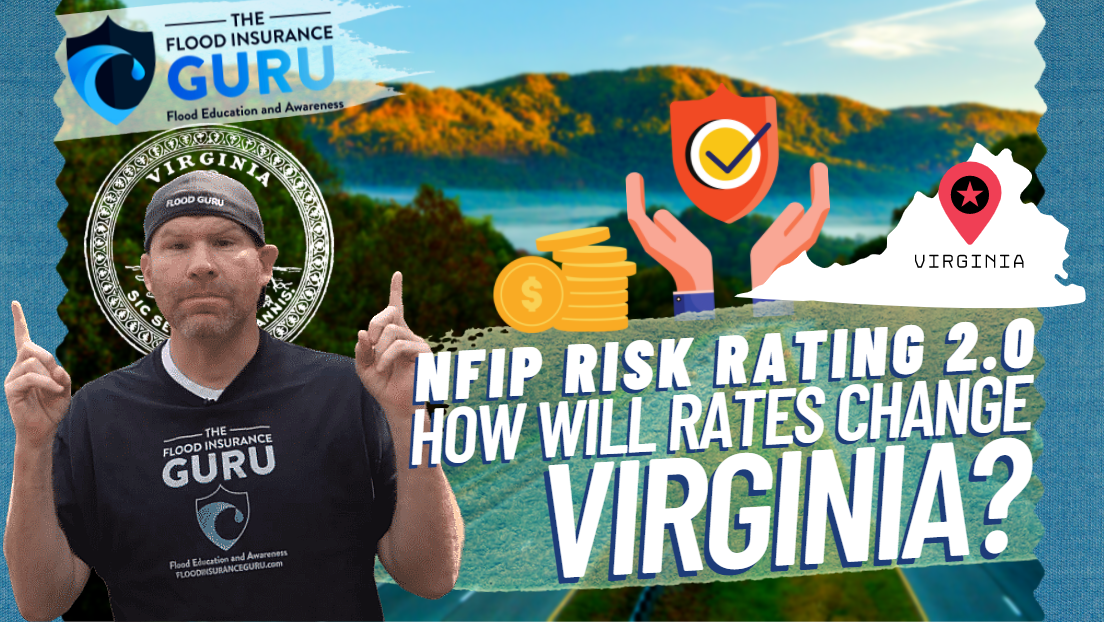 Virginia has one interesting history when it comes to flood events. You will be able to see that most of these floodings happen due to hurricanes. In fact, more recently, the Northern parts of the state are facing threats of flash floods due to 9 inches of rain being dumped by the low-pressure systems blanketing the state.

Let's talk about the upcoming changes to flood insurance in Virginia, the Mother of States.

The National Flood Insurance Program (NFIP) is bound to change its rating system for the people they provide flood policies to. These changes will be a big part of the Risk Rating 2.0 that's going to start impacting the federal flood insurance landscape on October 1, 2021.

Starting off with the good things, Virginia locals who have flood policies with FEMA and the NFIP will be experiencing these changes coming to Risk Rating 2.0. The good thing is due to the fact that there will be a decrease in flood insurance rates with FEMA.

This change is something that 45% or 46,812 policyholders will experience. The decrease itself will be more than $100 (>$1200 per year) which can kick in immediately. Considering that Virginia, specifically the western parts, is one of the top ten states that have the highest average when it comes to flood insurance premiums, this can really help a lot of people opt-in to that federal flood insurance market.

There are also some bad changes happening to residents of Virginia when it comes to federal flood insurance. We'll show this as the blue portion of the graph and will cause an increase in flood insurance rates.

This will impact 48% or 50,931 policies in the state who are going to get that small increase. The increase in rates will range from $0 to $10 per month ($0 - $120 per year). Generally, this range can put you in a position where you might not have any change with your flood insurance rates with FEMA which is why there's a $0 there.

Lastly, we also have the ugly changes which will be shown by the pink and grey portions. These changes will impact a total of 7% of the policies that FEMA has in force in the state and will cause a more significant increase in your rates once the Risk Rating 2.0 kicks in. Let's break them down a bit.

The pink portion will cover the bigger 5% of the two or about 5,903 policies in the state. The increase this time around will be ranging from $10 to $20 per month ($120 - $240 per year) which is why we put this in the ugly change. Virginia has expensive flood insurance premiums from FEMA and when you have to deal with an increase, it may not really help you in choosing federal flood insurance.

On the other hand, we still have to address the grey portion which is the uglier change between the two. This is generally because the increase will be more than $20 per month (>$240 per year). The increase is also expected to have some policyholders even get more than $100 per month increase in their rates with FEMA. This will impact 2% or 1,949 policies in Virginia.

If you have questions on these upcoming changes, what are your flood insurance options in Virginia, or anything about flood, reach out to us through the links below. You can also watch this on our YouTube channel.