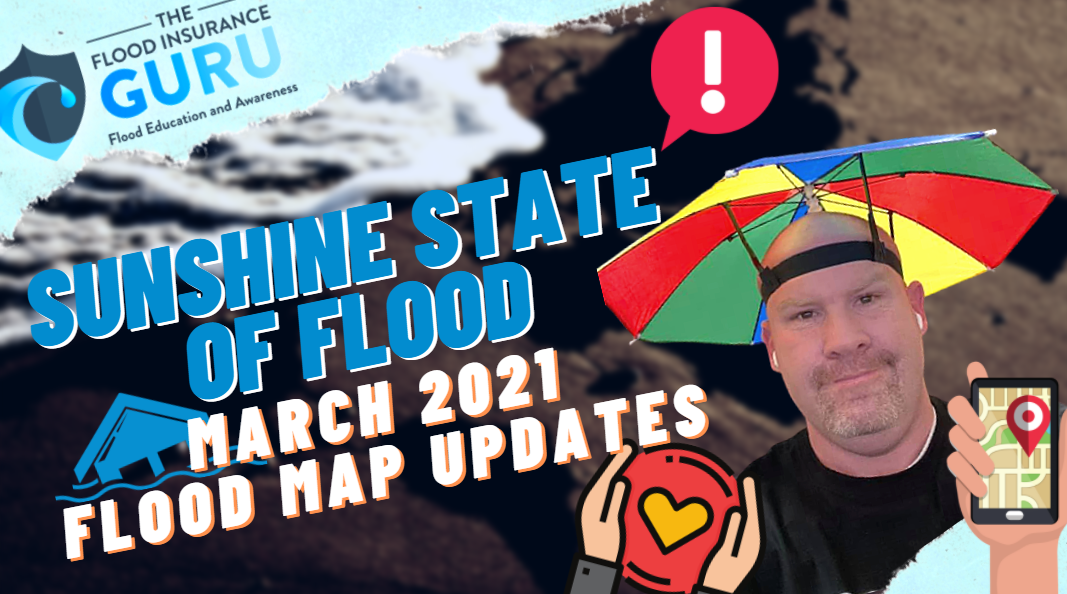 We've known states for their unique reasons, but will these reasons mitigate flood risk in the area? Let's find out and travel to the Sunshine State of Florida to see.

Another month, another news for the Flood Insurance Rate Map (FIRM) from the Federal Emergency Management Agency (FEMA). Don't fret all too soon, these updates are very important for you and your community as well. Today, we'll cover a few ground focusing on the states, or specifically areas with the highest impact on the most recent update this March on these changes. Note, everyone can expect an update however not all areas get updated in the same amount of time.

Updating flood maps is no short process. Flood insurance studies have to take place, then they have to be reviewed and changes have to be recommended by the National Flood Insurance Program (NFIP). The community then has to review these changes and get the communities feedback. In some areas, we've seen floodplain maps go 25 years without updates.

Flood map updates will show when your city will receive these updates and if your property is being moved into or removed from Special Flood Hazard Areas (SFHA). Remember, flood maps are measurements of floodplains and as base-flood elevation levels increase per year (No thanks to the climate change for sure), so it's better safe than sorry.

Let's do a quick review, so that you won't get confused when looking at the flood map update. 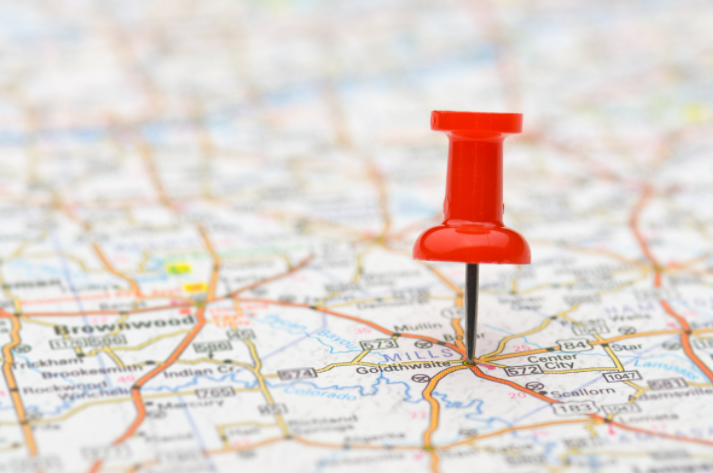 Florida got two of its counties included in the March 2021 update, specifically Gulf County and Okaloosa County. A total of 21.2% of the combined areas were impacted by these change. This impact doesn't necessarily mean a negative impact.

Florida is normally the most popular area in the country for hurricanes to hit. The state is relatively flat which can cause flooding issues without a hurricane. However when hurricanes hit they can cause some serious flood problems and history taught us the hard way, like with Hurricane Andrew. In a recent flood incident, there were 8 total fatalities and about $7.3 billion in property damage as Port St. Joe City was slapped by Hurricane Sally's outer rain bands. This is one of a great examples of how much an impact flood water can cause.

It's important to note however that this may not mean that you're moving from SFHA to a Flood Zone X, but considering that Port St. Joe has been experiencing flooding recently, the map update can mean you'll be moving from Flood Zone AE to Flood Zone A. Regardless, this change means that "in to out" areas will have lower rates compared to others.

The map change also means that if you're moving out of the SFHA or higher risk flood zone, your current rate will be lowered. Say, you're paying a $2000 flood insurance rate, that can become lower by 6% to 11% which is around $120 to $220. The rate and decrease depends on where you are, but surely the flood rates on areas that are going "in to out" will be having a happier wallets starting this month.

If you're also thinking about not getting flood insurance, I'd recommend that you don't do that as flooding in the past years have become more unpredictable yet more devastating even if it's not brought by a hurricane. 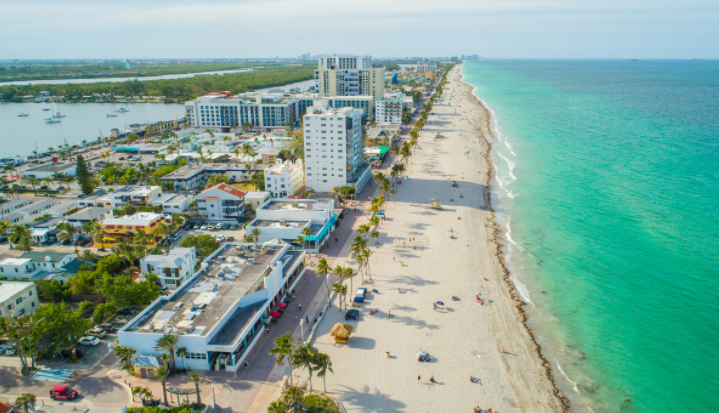 11, 453 properties were negatively impacted with this update. This basically is 88 out of 93 maps changed. You may be used to these flooding in the city, but it still bears a lot of flood damage for your property and flood damage drastically increased in the last 10 years.

The flood threat along rivers and lakes in Florida isn't as high as other parts of the country. These are areas where many people let their guard down by not carrying flood insurance and it shows in the new data since only 1, 614 of the 17, 521 properties have flood insurance policies in force.

Being in flood prone areas in times of hurricane can hurt more than your person, it's a deep cut as well for your property. This update is a great-to-know since regardless of the strength of the rain, you'll be able to properly prepare your insurance. Such changes or movement to a higher risk flood zone also causes your property value to go down due to the flood risks even becoming more possible.

Port St. Joe seems to have most of its areas moved into flood zone VE especially those closest to the coast. This means that that your already-expensive flood insurance rates will become more expensive and will ask for higher rates. This can cause your flood rate to go higher than 11% of  your current rate, possibly even up to 20% or more. Such movement really is threatening everyone's property, business or livelihood, and most importantly safety.

Changing of the base flood elevation means the 100 year flood threat could have changed. This is the level FEMA or NFIP feels that flood waters could come to. So, being mapped from a high risk flood zone to an area with a higher flood risk should be enough of a reason for you to make sure that you have better coverage with your flood insurance policy.

You'll have to options for your flood insurance needs. You can go through FEMA and the NFIP which can offer $250,000 to $500,000 coverage for buildings or structures, and $100,000 for personal property or contents. If you have a Federal Housing Administration (FHA) or Veteran's Affair (VA) loan, this might be the only option that's good for you. There will be a great adjustment for you as well in the event that this happens as the NFIP doesn't cover additional living expenses. You can check our podcast to know more about the NFIP flood insurance benefits:

We mentioned that being moved into SFHA will have FEMA and NFIP ask for an elevation certificate. Elevation certificates can cost around $500 up to $2000 depending on where you are at the flood zones. In special flood hazard zones (SFHA), you're going to have to expect to cost higher, around $1500 and above. This certificate will also directly impact your flood insurance rates. Check out our video and podcast on elevation certificates, so that you know how to better use it for your benefit.

It's important to remember that elevation certificate can help you get removed from SFHA through letter of map amendment (LOMA). Learn more about letter of amendment with our video below.

Your property's location in the flood map and what flood zone it sits on directly affects your flood insurance rates. If you're close to a river and you're in a Flood Zone A or Flood Zone AE, then your flood insurance premium is going to be much higher since your property has higher flood risks. Keep in mind that NFIP 2.0's flood insurance ratings depend on how close you are to SFHA, and with flood map updates, you might not know when that blue area knocks on your door. You can understand more about flood zones by checking our video and podcast below:

We get flood map updates every month, so if you want to be up-to-date and be prepared for when crap happens, do consider subscribing to our YouTube channel as we post updates there all the time.

Remember, we have an educational background on flood mitigation. So if you have questions on how flood map changes or updates affect your property, your flood insurance situation with these changes, or any question about flood, let us know by calling us through the links below: