August 2019 Flooding Birmingham Alabama: What Happened and What Flood Coverages Will Apply? 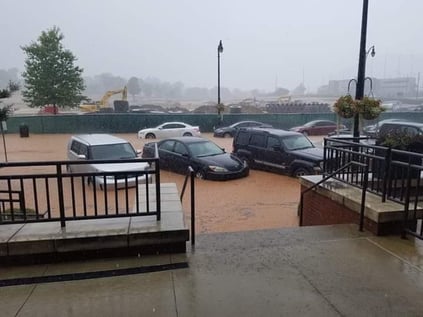 On August 23rd 2019 Birmingham Alabama experienced large amounts of rainfall that came from a low pressure system from the Gulf of Mexico. This system dropped 3-6 inches of rain in short amount of time causing flash flooding in areas like Pelham, Hoover, Leeds, Moody, and Birmingham Alabama. The drainage systems could not handle this amount of rainfall in this period of time cause drainage systems and roads to collapse. While flash flooding only lasts a short amount of time sometimes only hours the damage can last forever.

So when this occurs what coverages apply? Well lets discuss two areas where coverages could apply

When it comes to flood insurance coverages for property owners in Birmingham Alabama you will have three types of coverages depending on the policy you have.  So what policies are available? Well there is the National Flood Insurance Program and private flood insurance.

The National Flood Insurance Program offers two types of coverages on their policies. Before we discuss those coverages let's discuss exactly what this program is. The National Flood Insurance Program also known as NFIP is the government regulated flood insurance program. They set the guidelines for the program, the rates, and the coverages available. So let's discuss the two coverages they make available in Birmingham Alabama.

You have building coverage and contents coverage. First let's look at flood insurance building coverage for property owners in Birmingham Alabama. This type of coverage is going to cover the actual structure and things that make the structure safe like servicing equipment, circuit breakers, and stair wells. Its important to understand that under the NFIP detached structures are not covered under the main structure.

Under the NFIP guidelines each detached structure requires its own policy in order to be covered. Its also important to understand that if it is not a primary residence there is a $250 surcharge for each building. The NFIP also maxes out coverages on buildings at $250,000. Now let's discuss contents coverage under the NFIP.

Under the NFIP contents can be covered. This is going to cover things like appliances, furniture, and clothing.  Contents coverage with the NFIP is maxed out at $100,000 on Birmingham structures.  It's also important to know if you are filing a flood insurance claim in Birmingham Alabama that you will have a separate deductible for the building and a separate deductible for contents. So when picking deductibles consider as this could be a pricey mistake.

Additional living expenses are there to help cover things like a hotel if your home is not livable while being repaired. Business loss of use helps cover regular business expenses while your Birmingham business is recovering from a flood.