We are veering close to more instances of flooding. This is especially noticeable as cresting rivers increase flood risk, especially in the upcoming months.

This is just one of the scary things to come with flooding. In this article, we want to talk about the number of flood insurance policies in one of the high-risk areas in the United States, Mississippi, and determine the reasons why the state is lacking flood policies for residents. 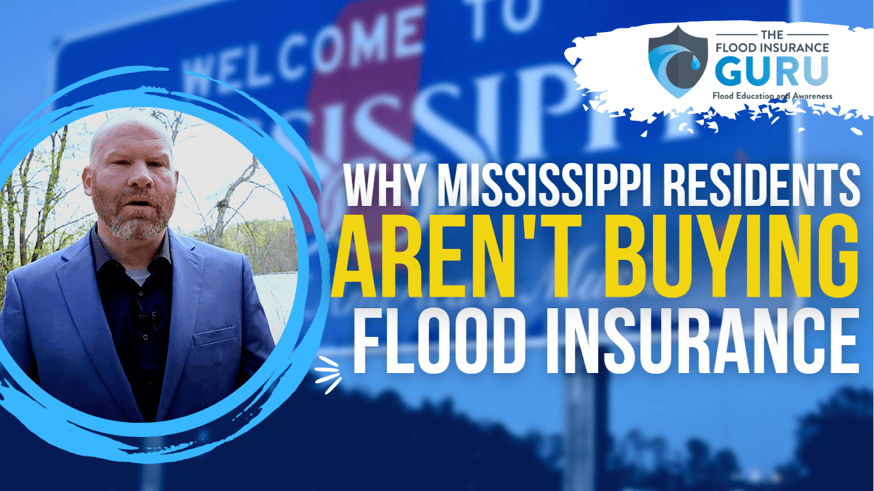 As the Pearl River is expected to crest anytime soon, which means that only 3% of Mississippi properties will have protection against flood damage in any potential flood event. To put this in another way, only 75,000 flood policies are active as of last month and this is both covering flood policies from the National Flood Insurance Program (NFIP) and private insurance companies.

So, why is this happening?

Why Are Flood Policies so Low?

Not in a Flood Zone

The first reason we always hear that comes from not just property owners, but also mortgage lenders and insurance agents. This is a common misconception in the flood insurance industry which we've covered in our previous blog. It's important to note that when you're not required to carry flood insurance is due to the fact that maybe your house sits on or was moved into a low-risk area. Now, when it comes to the time that a flood event happens, these low-risk flood zones have less likelihood to get properties inundated with water. However, low-risk zones don't mean zero risk so you can still get flooded even if you're mapped into low-risk flood zones in Mississippi. 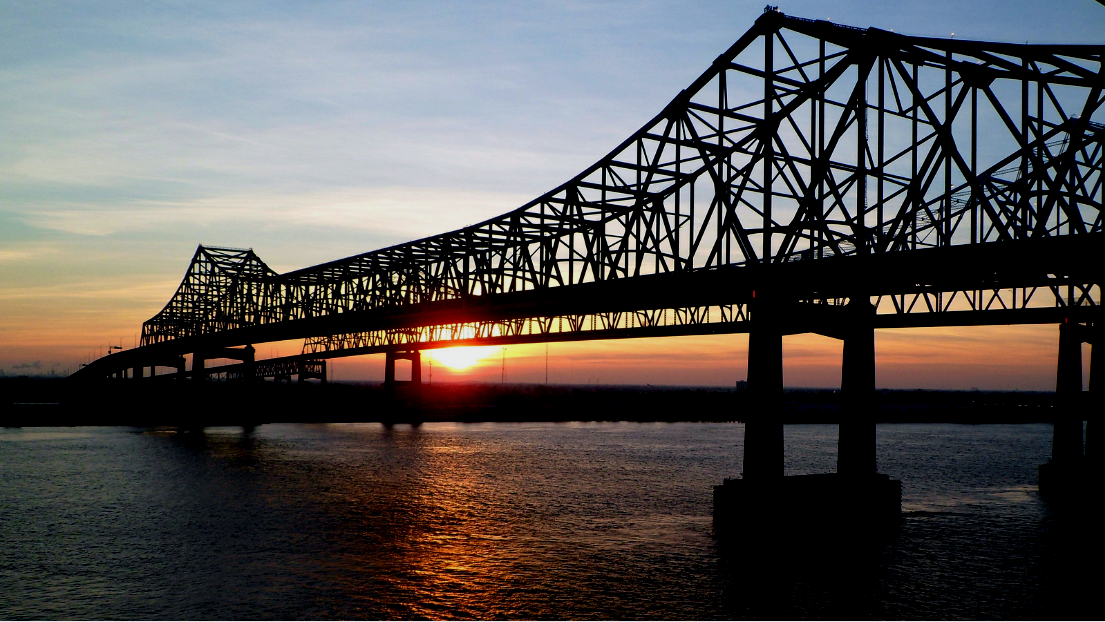 This is why a flood map or flood insurance rate map would show you in a flood zone regardless. These requirements of when to get flood insurance based purely on flood zones are creating a bigger disaster than the water itself.

This isn't an exception from the damages, however. This brings us to the second reason...

A lot of low-risk areas get inundated with water even after a storm or heavy rainfalls in other zones because there's a chance that the excess flood water will flow into these low-lying communities. You also have to consider that certain development disrupts the natural pathways of water and causes only 10% of the water to go into the ground.

This second reason will be coming from people who know that they're in a low-risk flood zone, but underestimates the damages that flooding can bring to their doors. It's important to note that these flood zones determine how much flood your property might get. This doesn't indicate how severe the impact may be as flood damage varies depending on the circumstances. 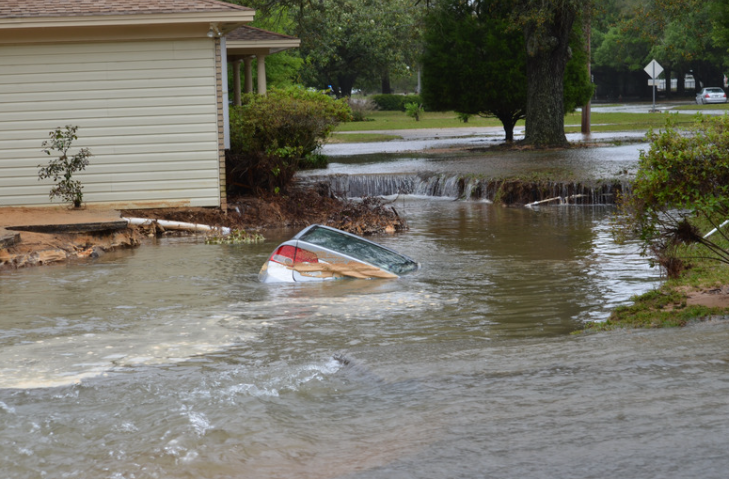 A rapid flash flood can cause more damage than standing water that's inundated your home. This also means that it's very much possible to have the same flood impact regardless if you're in low-risk or high-risk areas.

Lastly, we have another common misconception when it comes to insurance, flood insurance coverage, and more. A lot of people think that flood coverage can be attached to your homeowner's insurance once you secure a policy for the structures in your home.

You might think that it's something you can get as additional coverage from your homeowner's policy. This misconception might be one of the biggest reasons for most people to assume that they wouldn't need to get that flood insurance policy since it will be under their homeowner's insurance. 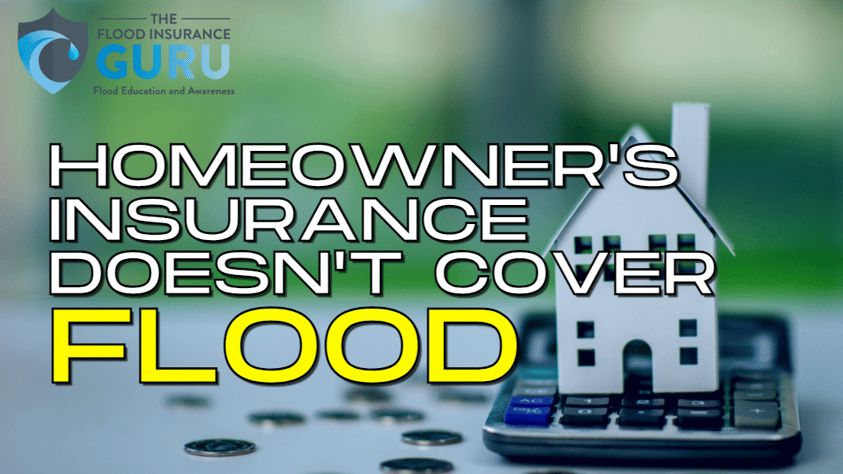 It's important to understand that your homeowner's policy doesn't really cover any damages from flooding. Flood insurance is a separate entity when it comes to insurance coverage. This is because the National Flood Insurance Program (NFIP) and even private flood insurance companies follow the "Rule of Number 2". This means that water will only be considered a "flood" if two or more acres of land or properties are impacted by water.

Lastly, residents might be hesitant to get flood insurance because of its pricing which is generally increasing especially for the National Flood Insurance Program (NFIP) option due to Risk Rating 2.0.

It's important to remember that the NFIP Risk Rating 2.0 is mostly causing an increase in flood insurance rates and premiums. This is expected to impact 77% of properties purchasing or going through the NFIP. This is in lieu of a more accurate representation of your flood risks. E&E News reported that the NFIP policies in areas with moderate flood risk across the United States dropped by 34% during June this current year.

For reference, here's the Federal Emergency Management Agency (FEMA) report on the expected changes to premium rates across the country.

Although expenses are becoming more expensive and the budget getting tighter due to our economic situation, it's still dangerous to not get flood insurance. You might be thinking that you're saving a lot by not getting a  flood policy. However, if you don't have flood insurance coverage for your property, you're not going to get any option to file a flood insurance claim for the flood loss which can cause hundreds of thousands.

Although these reasons might be enough for you to not get flood insurance, as we mentioned, you might be risking more financially than saving. At the end of the day, getting flood insurance is really the only option you have to fight against flood damage. As we move towards the hurricane season for 2022, it's best to be prepared against flooding.

Ready to solve your flood insurance problems? Here are the steps you can take: