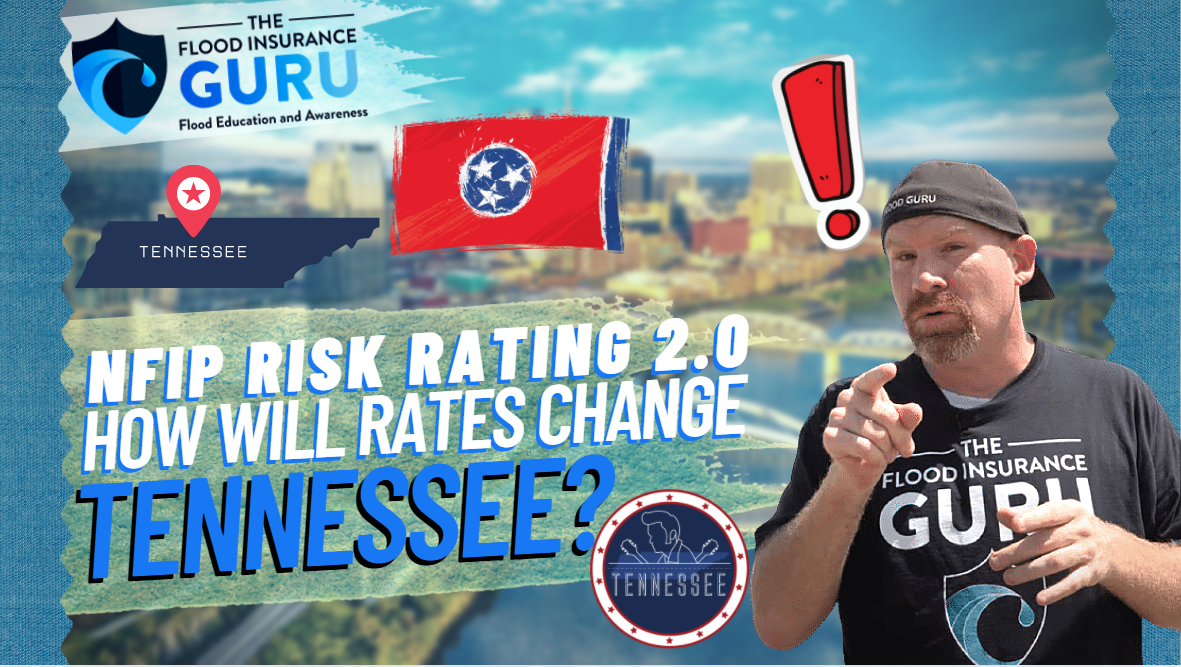 The Federal Emergency Management Agency (FEMA) is rolling out changes when it comes to flood insurance rates across all states in the country. Today, we will unpack these changes coming to Tennessee and how they can impact your flood insurance in the future.

Tennessee is known for its hot chicken, barbeque, whiskey, and country music. However, lately, the state is also hitting the news for a different reason that no one likes: flood events.

Earlier this year, Nashville went through a massive flood and with the climate becoming warmer and wetter, flood insurance in the state also becomes more expensive. We've already covered how certain additional coverage like the Increased Cost of Compliance (ICC) and when it's best to file that flood claim for the Nashville flood.

These are just examples of the flood risk that homeowners across the Volunteer State. Getting protection from flooding through flood insurance policies is a great start in making sure that you get to bounce back from flood damage however it's equally important to be up-to-date when it comes to the changes happening in the industry.

A lot of homeowners get surprised when they're moved into a high-risk flood zone or get premium increases since it's something that they weren't aware will happen in their respective communities.

Regardless if you're getting insurance from the federal government or private flood insurance companies, the landscape of the flood insurance industry is ever-changing. Today, we'll be covering the changes coming to federal flood insurance. The National Flood Insurance Program (NFIP) will be changing with the Risk Rating 2.0 happening at the latter part of this year, and we want to help you understand how this can impact your flood insurance with FEMA in the future.

Nowadays, the actual flood risk we face isn't the flood damage after the flood, but the concern of flood coverage or the lack thereof. Is it enough? Are the flood insurance premiums reasonable for the coverage you will get?

Note, this doesn't mean that property values will be the sole determiner of the flood insurance rate you'll get with FEMA and the National Flood Insurance Program. There's a lot of things that go into this which FEMA has been researching thoroughly. Equally, you should also consider the things we'll list below because not all expensive property or high-valued homes will experience rate increases, and not all lower-valued homes will get a decrease.

These are the things that any flood insurer look into when determining the cost of flood insurance for your listed property:

Instead of leaving it to the companies to determine this for you, it's best to also have a great level of understanding of the actual risk that you might face since it impacts the overall flood insurance rating long term. This is why we want to help you find a better investment in flood insurance that goes beyond the policy itself.

Let's start this off with some good news coming with the Risk Rating 2.0 update. We have this shown as the green portion of the graph.

The good change will impact 28% or 7,581 of the policies that FEMA has in the state. This will be in form of a significant decrease in flood insurance rates that can be more than $100 (>$1200 per year).

The decrease itself can help a lot of people who are looking to get flood insurance through the federal government and in times where risks like the March Nashville flood can be enough for private insurance carriers to back out, this decrease will be the key to easing that struggle with expensive FEMA insurance.

Now, if there is good news, there's also bad news which is very important to note especially for Tennessee since this will take the biggest chunk in the Risk Rating 2.0 update for the state.

About 59% or 16,316 policies will be part of this bad change coming to Tennessee. This brings a crescendo of unwanted tunes when it comes to flood insurance rates since you can expect a small increase from FEMA.

The increase will range from $0 to $10 per month ($0 - $120 per year) which means that you might not even get any change with your flood insurance rates and have to stick with whatever you're paying now. This is why the range starts at the $0 mark.

Lastly, we want to talk about the most important portions since these will pack a punch for those impacted: the pink and grey portions. Both will bring an increase to flood insurance for those impacted however it's notable that the grey portion will have a significantly uglier change. Let's break them down.

The pink portion will impact 8% or 2,162 policies in Tennessee. This will bring an increase of $10 to $20 per month ($120 - $240 per year) for those impacted. This is why it's very much important to heed FEMA's tips on protecting yourself from flood such as installing flood vents as this also protects you from experiencing very expensive flood insurance rates.

On the other hand, the grey portion will impact the last 5% or 1,448 policies in the state. This is what we mentioned before as the uglier change since flood insurance rate increase will be more than $20 per month (>$240 per year). You might even start seeing a $100 increase on your flood insurance per month.

You can see the full graph of these upcoming changes below: 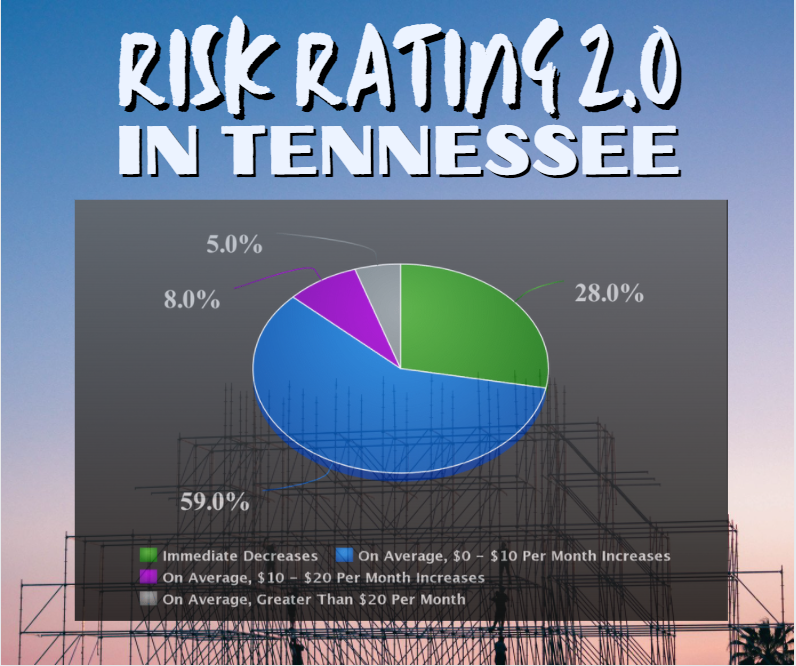 If you have questions on these upcoming changes, what are your flood insurance options in Tennessee, or anything about flood, reach out to us through the links below. You can also watch this on our YouTube channel. 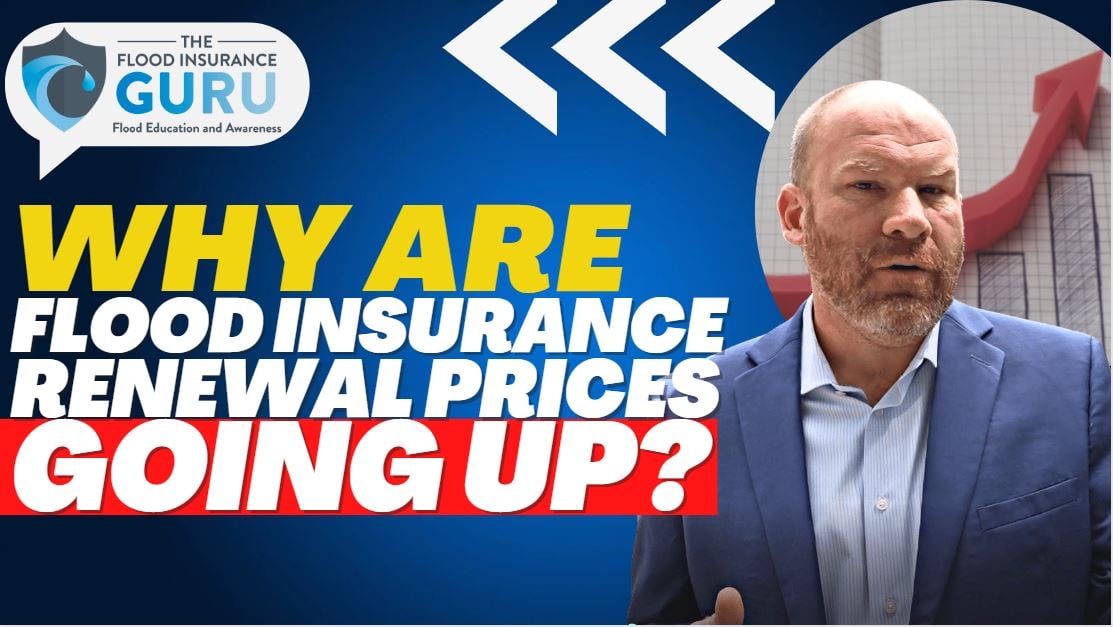