It's March 2nd 2020 and it feels like its been raining in Huntsville Alabama since the beginning of 2019. Realistically it has, 2019 was one of the wettest years on record.  February 2020 ranked in the top 10 for the wettest February's on record.

While 2019 still holds the record for most rainfall on record will the rain ever stop? hopefully.

All that rain is starting to have a major impact on flood insurance options in the Huntsville Alabama area and especially Madison county. Many private flood insurance companies have placed moratoriums in the area.

What exactly is a flood insurance moratorium?

Let's look at the Huntsville real estate market. The Madison Alabama area is one of the fastest growing areas in the country. Many of these areas are in high risk flood areas because of the Tennessee River. As you can imagine flood insurance could have a major impact on mortgage payments.

Let's look at a scenario where it could make or break someone selling a home. For example let's say you have two properties in the same neighborhood. One is investor owned and they paid cash, so they don't carry flood insurance. Then there is the other one who has a mortgage and has had flood insurance since before it was required.

You have the same potential buyer looking at these two properties but the flood insurance is a difference of more than $3000 a year.

Why in the world is that?

Well the person who has the mortgage has whats called a grandfathered policy which means those rates are no longer available because they took out flood insurance before the flood maps changed. The other property has to go off todays rates and does not get access to these grandfathered rates.

So of course if you are a buyer you are going to go with the property that has the cheaper flood insurance.

So why can the buyer get access to this same rate on one property but not the other?

This is whats called a policy assumption or policy transfer. This is when the policy is transferred from one buyer to the next because they have had continuous coverage.

Now you can see that National Flood Insurance Program policy is worth way more than you would have ever imagined.

So maybe you have questions about how to do a policy transfer or you want to understand flood insurance options in Huntsville? Then make sure to visit our website. You can also check out our daily flood education videos on our YouTube channel.

Another way to get a policy, a flood insurance policy refunded is typically it would be prorated depending in when you refund it is if your flood zone has changed. If you've got an elevation certificate and done a map change or a zone change and you have proof of that and you submit that to your mortgage company and they no longer require it, then you can also have your flood insurance refundable. Another situation is if, depending on your loan type and depending on your bank if they allow it, if you've done a flood insurance policy through the National Flood Insurance program and your bank allows you to have private, you can submit that to FEMA and they can also prorate your refund.

So these are just a few ways that insurance is refundable. However it is kind of strict to these few things where it is refundable because typically it's non-refundable. So if you have any questions about flood insurance, maybe trying to get a refund on some of your premiums please reach out to us. www.floodInsuranceGuru.com, you can find us on Facebook and YouTube The Flood Insurance Guru, or you can even give us a call 205-451-4294.

Want to learn more about flood? Fill the form out below

My real estate listing is in a high-risk flood zone what do I do? 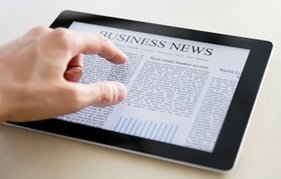 This is our very first post. We're not quite sure what we're going to write about here, but the plan is to create helpful content for customers and prospective clients about information that is relevant to you.

We hope you'll come to view this as a top resource for keeping your family and your finances safe.

Here are a few of the topics we may be writing about: